FOR A GUY from provincial Stratford-upon-Avon, William Shakespeare knew his way around the Europe of his day. Here are tidbits on locales of several Shakespeare comedies. We’ll save the tragedies for another day.

Shakespeare’s birthplace, 1564, in Stratford-upon-Avon, about 100 miles northwest of London. This and other images from The Annotated Shakespeare: The Comedies, Histories, Sonnets and Other Poems, Tragedies and Romances Complete,

Two Gentlemen of Verona, 1592. It would be a good joke on Shakespeare’s part if the two gentlemen were of Verona, but with the tale occurring elsewhere. Sure enough, though, Act I Scene 1 is set in Verona, an open place, and most of the play occurs in this city.

According to The Reduced Shakespeare Company, this play’s Long Story Short is “falling in love with your best friend’s girlfriend is a bad idea.”

No doubt anywhere, not just in Verona.

Verona, an open place. Engraving from Charles Knight’s Pictorial Edition of the Works of William Shakespeare, 1839–1843.

Notable Veronese families included the Capulets and Montagues. We’ll get to them one day.

The Taming of the Shrew, 1592. This play within a play (theatrical term: an “induction”) takes place in Padua, another Veneto city 25 miles inland of Venice (on the way to Verona, if you happen to be going there).

In fact, Petruchio, “a gentleman of Verona,” is a suitor to Katharina, “the shrew” and daughter of Baptista, “a rich gentleman of Padua.” 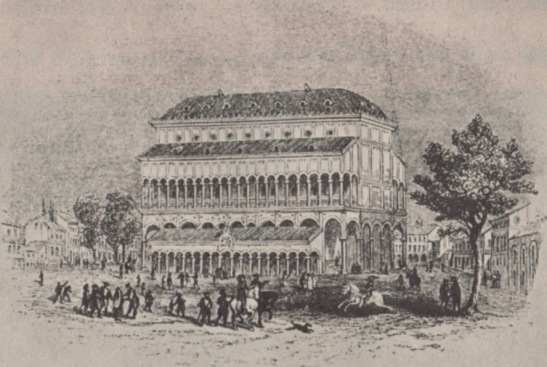 Act I Scene 1 opens in “Padua. A public place.” Other action occurs in Verona, where Katharina’s taming is attempted. The Reduced Shakespeare Company’s assessment of all this is “Some people really deserve each other.”

According to Wikipedia, “Padua claims to be the oldest city in northern Italy.” It was founded, so the claim goes, in 1183 B.C. by the Trojan prince Antenor, not long after the Fall of Troy.

Noteworthy, and more verifiable, is the University of Padua’s establishment in 1222, where Galileo taught between 1592 and 1610 (the same period in which Shakespeare flourished).

Much Ado About Nothing, 1599. This one takes place in Messina, that point of Sicily receiving Italy’s boot. Leonato is the governor of Messina, whose daughter Hero and niece Beatrice are courted, one way or another, by Benedick from Padua (remember Padua?) and Claudio from Florence. The Long Story Short is “Much ado leads to much ‘I do!’ ” 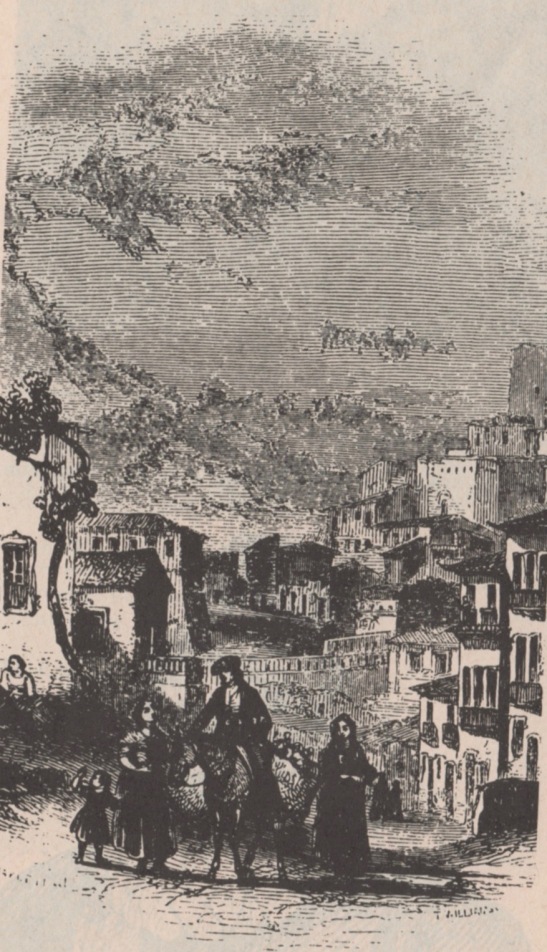 Charles Knight’s engraving of a view of Messina. The water in the background is part of the Strait of Messina separating Sicily from the rest of Italy.

I used to think Lord Byron swam the Strait of Messina, but he didn’t. That was the Hellespont Strait in Turkey. The only connection, a tenuous one indeed, is the Tragedy of Hero and Leander, but this was a completely different Hero.

The Merry Wives of Windsor, 1599–1600. We can be much more confident about Sir John Falstaff and his cavorting around Windsor, 21.7 miles west of central London along the Thames.

In fact, in Act III Scene 3 of The Merry Wives of Windsor, Sir John hides in a laundry basket and finds himself chucked into the river. 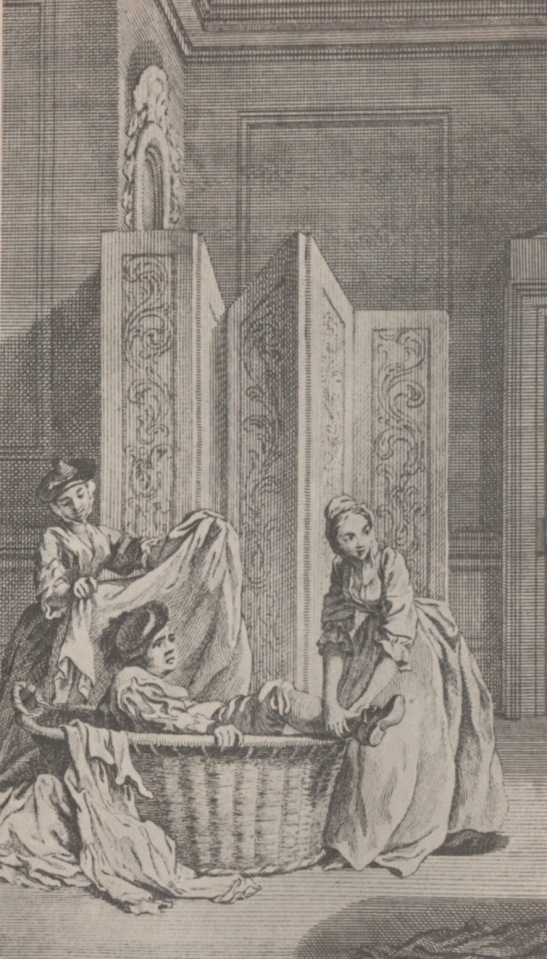 Falstaff in the linen basket. Engraving by H. Gravelot from a design of F. Hayman’s edition of Shakespeare’s works, 1744.

This merry tale’s operatic version has appeared here at SimanaitisSays in “Etymology: To Cozen, a Cozener. And, speaking etymologically, I can conclude with a Windsorian tidbit: According to Wikipedia, “Windlesora is first mentioned in the Anglo-Saxon Chronicle. The name originates from Old English Windles-ore or winch by the riverside.”

Maybe a winch was used to retrieve Sir John Falstaff and the laundry basket from the river. ds