THE LONDON REVIEW of Books is running Diverted Traffic, an online series of selected articles from years past. A recent one is “The Reptile Oculist,” by John Barrell, originally published April 4, 2004, in the LRB.

John Barrell is emeritus professor of English at Queen Mary, University of London, and an honorary fellow of King’s College, Cambridge. His “Reptile Oculist” is John Taylor, 1757–1832, eye doctor to both George III and George IV, not to be confused with grandfather John Taylor, 1703–1772, a self-proclaimed Chevalier, also an oculist (a particularly incompetent one). 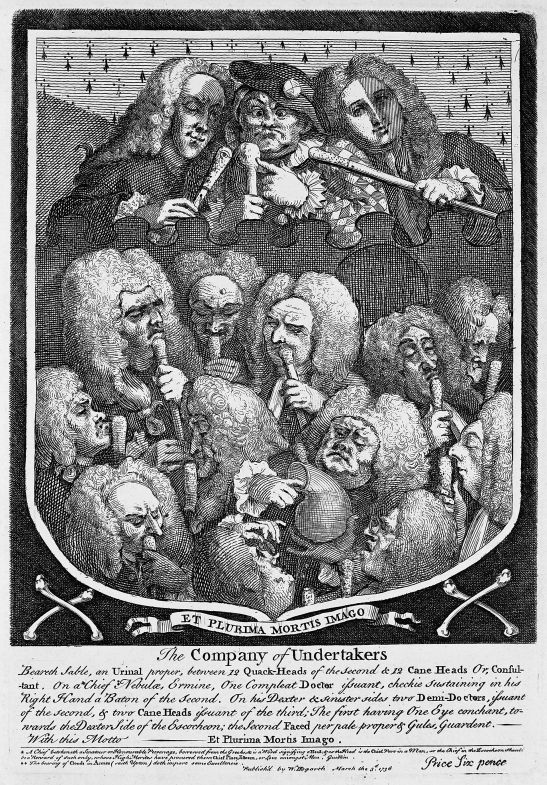 Chevalier John Taylor, upper left, English eye surgeon and medical charlatan, as depicted in William Hogarth’s The Company of Undertakers, 1736. The Latin translates “And Many an Image of Death.” Samuel Johnson said of Chevalier John Taylor, “an instance of how far impudence may carry ignorance.”

Not that grandson John Taylor was any less a piece of work. Here, in Parts 1 and 2, today and tomorrow, are tidbits gleaned from John Barrell’s LRB article. Quoted passages are Barrell’s; comments sans quotation marks are mine. 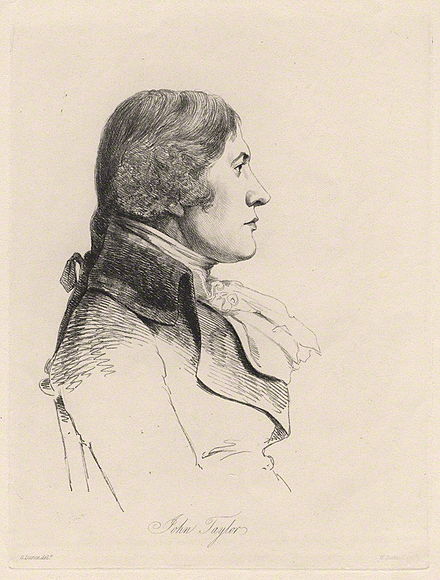 John Taylor, 1757–1832, English eye surgeon, not quite the charlatan his grandfather was (who blinded many more people).

John Taylor in the 1790s. “The story of his life in that decade, as it has emerged from recent historical research, is unbelievably complex and complicated, a story of espionage, bigamy, perjury, and betrayal, all carried out by a man whose outward demeanour seems to have been remarkable mainly for its jocularity and blandness.”

A Newspaper Tale. “At the very end of 1788 George III was still apparently mad, and the Prince of Wales was desperately hoping for an Act of Parliament that would establish him, over Pitt’s dead body, as regent.” 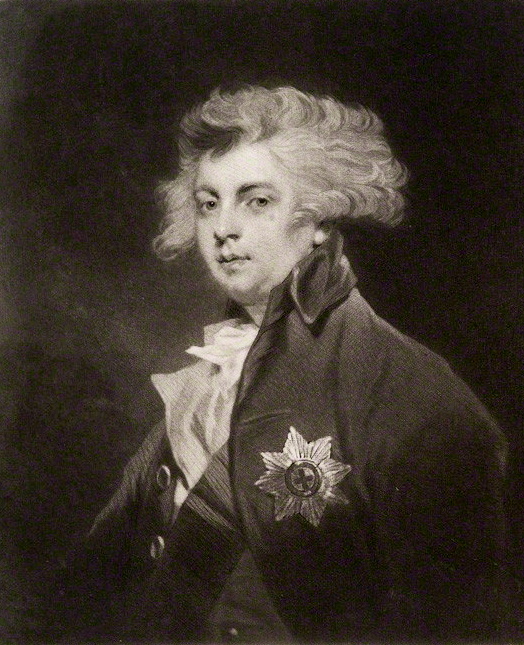 “The Morning Post, a newspaper controlled by the government, published a paragraph hinting that the prince was secretly married to Mrs Fitzherbert, which of course he was.”

“Because it was legally impossible for a prince married to a Catholic to become king or, presumably, regent, the prince was desperate to prevent the Post revealing any more about his awkward secret.”

To shut it up, the prince bought the paper. “Overnight the Morning Post became an opposition newspaper….”

Taylor’s Role. John Taylor was a social climber, indifferent poet, Tory hack pamphleteer, and Morning Post journalist. With the change of ownership, he got promoted from drama critic to editor, with dramatist and politician Richard Brinsley Sheridan managing the paper’s political department.

Though, in Taylor’s own words, the two were “especially intimate,” they had a falling out over politics and, after two years, Sheridan fired Taylor.

Espionage. “It was in the summer of 1792 that Taylor’s life began to get exciting.” He went to Scotland, was charged with mobbing and rioting, and beat the rap by claiming he was acting on behalf of his majesty’s secret service. Historian Lucyle Werkmeister wrote in the 1960s, “He was loyal to the point of fanaticism: There was almost nothing he would not do for money.”

In 1794, Taylor got involved with the London Corresponding Society, “a popular reform society dedicated to achieving universal manhood suffrage.” (Adult British men had to wait until 1918.)

Soon Taylor “became the most eager and industrious of all the many spies who infiltrated the LCS…. It is a striking testament to his social skills that no one appears to have suspected him of spying until May 1794, by which time the leading members of the LCS and the Society for Constitutional Information had been arrested, the first step in the process that would lead to the famous treason trials later that year.”

Tomorrow in Part 2, we’ll see Taylor caught up in these trials, and bigamy and perjury as well. ds