NOW THAT WE’RE well into the 21st century, several design books on my shelves have taken on the aura of time capsules. One in particular, The Index of American Design, was published in 1950, a product of the National Gallery of Art. 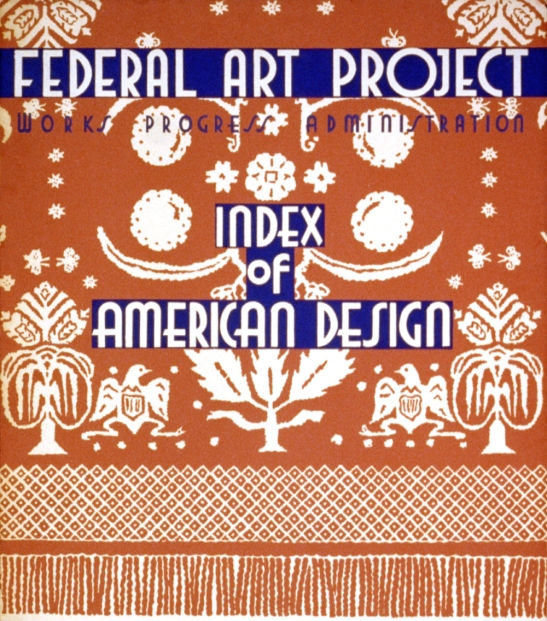 The Index of American Design,

The Index of American Design originated as a Federal Art Project, part of the Works Progress Administration during the Great Depression. The design project operated in 34 states and the District of Columbia from 1935 to 1942.

“In this book,” Erwin O. Christensen wrote, “we examine the crafts and popular and folks arts of the United States as they have been recorded by the Index of American Design. The objects range from well-known museum specimens to new discoveries made by the artists who did the watercolors.” 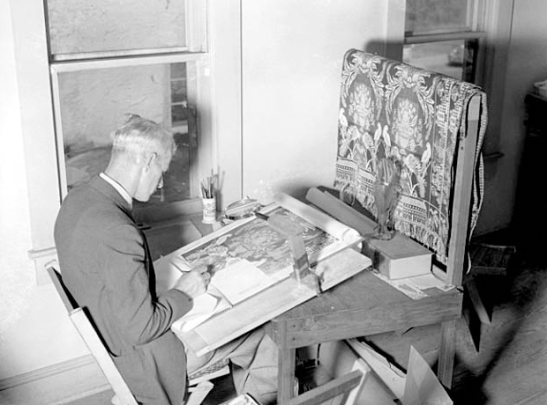 What follows here are several favorites from The Index of American Design, 1950 edition.

“If any trend in design can be called American,” Christensen wrote, “it is the tendency to simplify the forms inherited from Europe. A new country, where much work must be done by few hands, does not encourage elaboration.” The whimsical pose of this nineteenth-century deer is an example of this aesthetic.

Of Shaker design aesthetics, Christensen noted, “Construction is light but sturdy, and as inlays and veneers were thought to be deceitful, they were never used. Instead, Shaker furniture depended on proportions and the natural grains of the wood, as in the contrast of ungrained maple posts against pine panels and curly maple drawers.”

Christensen wrote of this Navigator and his oversize sextant, “In his squat proportions, he follows an English tradition, for Dickens in Dombey and Son speaks of this type of shop sign as ‘a little … timber midshipman with an offensively disproportionate piece of machinery.’ ”

My dad, rest his soul, enjoyed a similar chair. It now resides in our living room for books and cat-napping.

This whirligig isn’t a toy; it’s a variation on the weathervane theme. Christensen noted, “It measures thirty inches and was used out of doors, installed so that the arms would be made to rotate with the wind.” 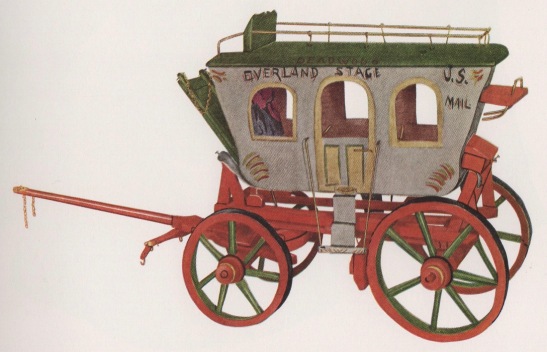 “The Overland Stage,” Christensen conjectured, “may be a homemade toy, but it could also have been made for the purpose of display in a store window…. Congress authorized this transcontinental stage line in 1857, and service began in 1858, a decade before the completion of the first transcontinental railroad (1869).”

“High boots,” Christensen wrote, “served as protection against mud and rain; they had to be pried off when wet, and the bootjack was a necessity. The heel of one foot was clamped into the prongs of the bookjack while the other foot held the bootjack down.”

Of the Gramophone, Christensen wrote, “It is an uncompromisingly functional piece of machinery which is truly modern in its approach.” Just replace the hard rubber disc’s grooves with those in vinyl, or today with electronic enhancements in digitally embossed plastic.

The Federal Arts Project helped a lot of people get through the Great Depression. My copy of The Index of American Design, 1950, displays many of their talents. And, today, this book is an entertaining time capsule. ds