HOW NOT TO HAVE A PRESS JUNKET PART 2

PLANNING AND INAUGURATION OF India’s Vande Bharat Express had complexities galore, more than enough to warrant yesterday’s SimanaitisSays. Today in Part 2, there are energy concerns, both in propulsion and overly enthusiastic retardation.

It Eats Too Much. According to Faizan Haidar, writing in the Hindustan Times, January 13, 2019, “India’s first super-fast bullet train, which will connect Mumbai and Ahmedabad, will consume 40-percent more electricity than what the entire Delhi Metro network requires.” As his reference, Haidar cites an estimate made by the National High Speed Rail Corporation Limited, which is executing the project. 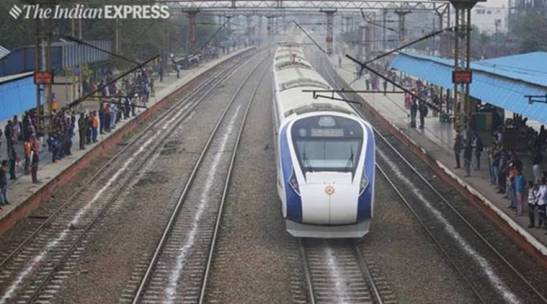 Part of the energy cost is in the concept’s higher speed. “Train 18,” Haidar notes, “which will connect New Delhi and Varanasi, hit a top speed of 180 kilometres per hour [112 mph] during a test run in December, and is billed as India’s fastest train.”

By contrast, the Delhi Metro network has eight lines serving 236 stations connecting the capital with satellite towns. The trains, traveling at moderate pace, gain efficiency from regenerative braking in their frequent stops.

Let’s Invite the Press. BBC News, February 16, 2019, reports “India’s fastest train has broken down on its first trip, a day after it was inaugurated by Prime Minister Modi.” 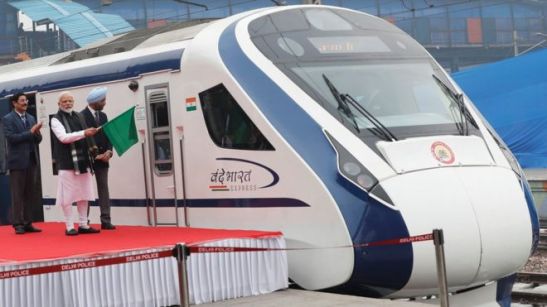 “The Indian-built semi high-speed Vande Bharat Express was returning to the capital Delhi from the city of Varanasi after its first outing when brakes in a carriage reportedly jammed…. Soon after the brakes failed, the drivers noticed smoke in the last four carriages and power was lost in all compartments. Those on board, mostly railway officials and journalists, had to take another train to get back to Delhi.”

“Despite the railway ministry’s suggestion that the train may have hit a cow, NDTV reported that there were no signs of damage on the front of the train after the incident.”

BBC News concludes, “The new train service is expected to start its commercial run from Sunday. It is expected to reduce the travel time between Delhi and Varanasi by six hours.” 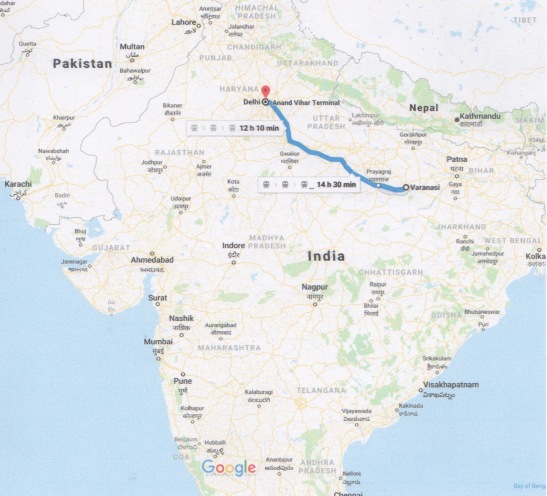 It’s unclear how perception of this travel would be affected, were there a couple of time zones. Or rock throwing. Or sped-up video. ds