AS HARD-BOILED AS A SHAMUS’S SIMILE PART 2

YESTERDAY AT SimanaitisSays, we talked about the difference between similes and metaphors, defined the word “shamus,” and extolled mystery author Raymond Chandler as a master of all three. Today, I share some of my favorite Chandler quotes gleaned from reading his books, including The Annotated Big Sleep,

short stories and other sources. They’re icing on the Chandler cake. They’re as tasty as M&M’s® peanut candies mixed in with popcorn.

In Chandler’s book The Little Sister, 1949, private detective Philip Marlowe meets Miss Gonzalez: “She smelled the way the Taj Mahal looked by moonlight.” To rhetoricians, this is an example of synaesthesia, employing one sense to describe another. 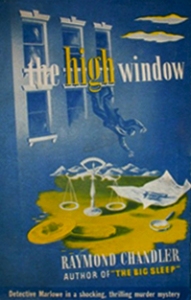 Similes don’t have to be lengthy. From Chandler’s The High Window, 1942: “A check girl in peach-bloom Chinese pajamas came over to take my hat and disapprove of my clothes. She had eyes like strange sins.”

Pearls are a Nuisance,

There’s metaphorical context of sorts, not to say droll humor, in a fight description from Chandler’s short story Pearls are a Nuisance, 1939: “He snorted and hit me in the solar plexus. I bent over and took hold of the room with both hands and spun it. When I had it nicely spinning I gave it a full swing and hit myself on the back of the head with the floor.”

My all-time favorite Chandler is from chapter 13 of his Farewell, My Lovely, 1940: “It was a blonde. A blonde to make a bishop kick a hole in a stained glass window.”