IT’S NO SURPRISE that Science, the weekly magazine of the American Association for the Advancement of Science, should be an excellent source of information on science, you’ll excuse the term in some quarters. There’s also AAAS Member Community Digest, a lively online forum, with member discussions on a range of scientific matters. Here are tidbits gleaned from Science and the AAAS Digest.

On Masks and Crowd Immunity. The Digest’s “One Reason to Not Wear a Mask” has exhibited occasional political overtones. Scientists are, of course, humans as well, again excuse the term. For example. the Digest has another lively thread titled, “The Ideological Corruption of Science.”

There’s meaningful science here. One member posited whether masks are necessary for those exhibiting Covid-19 antibody protection. Others countered that the extent of this particular antibody protection is still an open question.

This is also part of the “crowd immunity” argument: that once enough people catch and survive a disease or are vaccinated against it, everything is fine. For example, the polio vaccine has all but eliminated this dread disease around the world. (Alas, there are exceptions where anti-vaxxers bring religion into things.)

However, respondents suggest that it’s too early to propose a Covid-19 vaccination protocol: once for life? once a year? more often? Some diseases have herd immunity ratios greater than 90 percent. A 60-percent figure for Covid-19 has been suggested, but note the human cost in achieving this sans a vaccine.

The overwhelming view in the Digest is “To protect others and yourself, wear the mask and continue social distancing.” 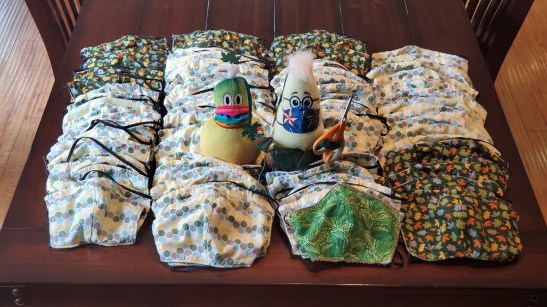 Mask Recycling. A tidbit on mask reuse: Ideally, they should be discarded or washed after each use. For Covid-19 protection, heating to 140 degrees Fahrenheit for 30 minutes in a dryer or oven has been suggested. (This is insufficient for other pathogens like anthrax or tuberculosis, which explains why one-use medical practice is the mask norm.)

Remember Climate Change? This hitherto hot issue has become back burner, again excuse the terms, to many. Of course, it hasn’t gone away, though it has been mitigated, ironically, by the economic slowdown caused by the worldwide Covid-19 pandemic. 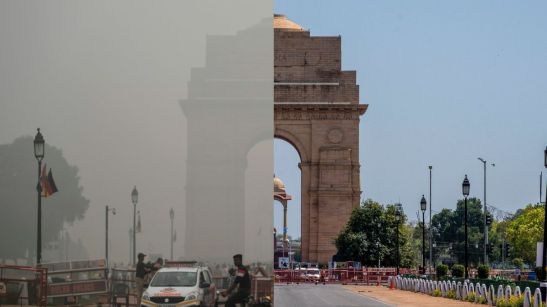 The AAAS Digest has a category titled “Global Warming Predictions for the 21st Century,” with recent discussion of a deep-ocean temperature effect having researchers trading data, not to say scholarly barbs. It’s a lively exchange showing that science is a continuing process, not a fait accompli.

Early Warning. A “Research” item in Science, July 10, 2020, notes, “Modeling an emerging infectious disease is an inexact science. At an early stage of an epidemic, we have only sparse data, little knowledge of the mechanisms driving emergence, and an urgent need to devise control measures that will be effective.”

Note the importance of data accumulation through testing and tracing. Also, as noted above, our data on vaccine and antibody protection are sparse.

Science says two researchers, Tobias S. Brett and Pejman Rohani at the Odum School of Ecology, University of Georgia, “have developed a detection algorithm that is agnostic to the mechanisms involved.” An example of machine learning, “This supervised statistical learning algorithm was trained on data collected for mumps outbreaks in England and resurgent pertussis in the United States.”

An overview of machine learning. Image from educba.com.

Given early data, the algorithm was able to predict a mumps epidemic four years in advance, thus given plenty of time for mitigation efforts to be put in place. It also proved successful in early warning of dengue in Puerto Rico and the plague in Madagascar. Science writes, the algorithm “has obvious application for monitoring waves” of the coronavirus. For more information, see “Dynamical Footprints Enable Detection of Disease,” Tobias S. Brett and Pejman Rohani. ds

2 comments on “EPIDEMIOLOGICAL TIDBITS FROM AAAS”