A POPULATION SNAPSHOT FROM LEATHERBY AND MCCANN PART 2

THIS CONTINUES OUR demographic tour of data appearing in “Sweden Stayed Open. A Deadly Month Shows the Risks,” by Lauren Leatherby and Allison McCann, in The New York Times, May 17, 2020.

Let’s resume our tour of Sweden, the U.S., and the study’s European countries at the extremes of our metrics.

Portugal. Portugal is lowest in percentage of single-person households (22.7 percent). Spain is next, at 25.6. And the U.S. is close to these at 27.0 percent.

Spain. Spain has the highest rate of diabetes, 9.4 percent. Portugal and the U.S. are neaby, at 9.2 and 9.1 percent, respectively.

And before making any conclusions of diabetes and living alone, read about the difference between correlation and causation here at SimanaitisSays. 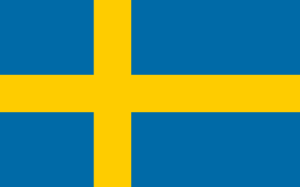 Sweden. Sweden has the hghest percentage of single-person households, 56.6 percent, beating its Northern European neighbors by considerable amounts. Norway is next at 45.8 percent, then Denmark at 43.5 percent, and Germany’s 41.7 percent.

By contrast, the Iberian Peninsula’s value for this metric is an average 24.1 percent.

Switzerland. With mid placings in other characteristics, Switzerland has the lowest diabetes rate, 5.6 percent (less than two-thirds that of Spain).

Also, Switzerland’s 10.3-percent obesity is third lowest in our sample.

United States. The U.S. percentage of obesity is 40 percent, highest by a long shot in these data. Next highest is Portugal’s 28.7 percent.

Recall the relatively high rates of diabetes for the U.S. and Portugal.

Conclusions. What a fountainhead of correlation/causation studies! As one example, national cuisines appear to be a quandary: I thought about the Mediterranean Diet, but Italy, Spain, and Portugal are toward the high extreme for diabetes. What’s more, the three span the range with respect to obesity.

And what do you suppose fosters all those single-person households in Northern Europe? What about the paucity of live-alones in Iberia? And, toward the low end of the live-alones, aren’t the U.S. data surprising?