IF I HAD a nickel for each time R&T predicted a mid-engine Chevrolet Corvette…. gee, I could retire.

Come to think of it, I got retired in 2012. And here only seven years later is the Corvette C8 with its engine aft of the driver and passenger.

Here in Parts 1 and 2 today and tomorrow are mid-engine Vette tidbits selected from sources of historical lore and today’s SAE International. I particularly acknowledge corvettes.nl as an excellent source of images and information of earlier designs.

Zora Arkus-Duntov. Zora Arkus-Duntov is celebrated whenever Vettes (or Allards) are discussed. Back in 1953, Zora was impressed with styling of the GM Motorama Corvette, though he didn’t think much of its luke-warm mechanicals. He joined GM shortly afterward and became “the father of the high-performance Corvette.” 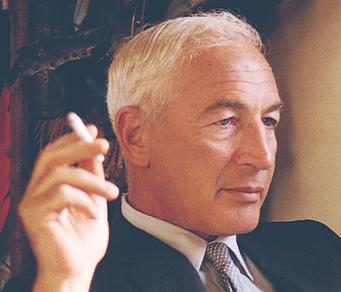 It was Zora who transformed the six-cylinder automatic underpinnings of the production 1954 Corvette into a sports car with a proper manual gearbox stirred by a potent V-8.

Zora’s idea was to develop a halo line of racing Vettes, but GM brass weren’t ready for “win on Sunday, sell on Monday.”

1968 Astro II XP-880. Was the Astro II a Jim-Hall Chaparral race car for the street or the next (and mid-engine!) Corvette? R&T asked this question on its July 1968 cover.

R&T predicted that the Astro II, “ ‘a successor’ to 1967’s Corvair-based Astro I, is more likely to be the long-rumored mid-engine Corvette.” However, the magazine hedged its bet as to whether the car would be a new Corvette or a production Chaparral supplementing the Vette.

Neither. It was a show car.

1969 XP-882. By the late 1960s, the Vette was a proper sports car and Zora envisioned a mid-engine version as a means of countering Ford’s selling the DeTomaso Pantera through Lincoln-Mercury dealers.

In retrospect, the XP-882 was the closest Zora ever got to a production mid-engine Vette. This one had several variations, including those with Wankel rotaries, one with 2-rotor power, the other a 4-rotor producing 420 hp.

Alas, Aerovette production was not to be. Tomorrow, we’ll see how the 2020 Corvette promises to fulfill Zora’s dream. ds