GAD! THE ARTICLE “Document Number Nine” by John Lanchester in London Review of Books, October 10, 2019, is so chock-full of information about China that I’m tempted to quote all 6491 of its words here.

Instead, in Parts 1 and 2 today and tomorrow, I glean tidbits on several of its themes: China as “Socialism with Chinese characteristics.” The country’s exploitation of the Internet. Its overwhelming control of its people. And, ironically, how this control arose from technology already existing in the West.

Background. China’s population is an estimated 1.417 billion people. The Chinese Communist Party has 90.6 million members. Because the CCP is effectively China’s only power at the national level, this means the world’s largest country is ruled by a mere 6.4 percent of its population.

This would be analogous to the 329 million people in the United States being ruled by a party of 21 million. (By contrast, the U.S. has a registered 60 million Democrats and 55 million Republicans.)

These are the two books reviewed by John Lanchester in his LRB article. Above, The Great Firewall of China: How to Build and Control an Alternative Version of the Internet,

by James Griffiths, Zed, 2019. Below, We Have Been Harmonised,

Chinese “Socialism.” John Lanchester observes that “… the s-word makes an odd fit with a country that is the world’s most important market for luxury goods, has the second largest number of billionaires, stages the world’s biggest one-day shopping event, ‘Singles’ Day,’ and is home to the worlds biggest, fastest-expanding, spendiest, most materially aspirational middle class.”

Lanchester continues, “Look at the UN’s Human Development Index: after seventy years of communist rule, China’s inequality figures are dramatically worse than those of the U.K. and even the U.S. Can we call that ‘socialism’?”

Officially, the CCP calls its system “Socialism with Chinese characteristics.” 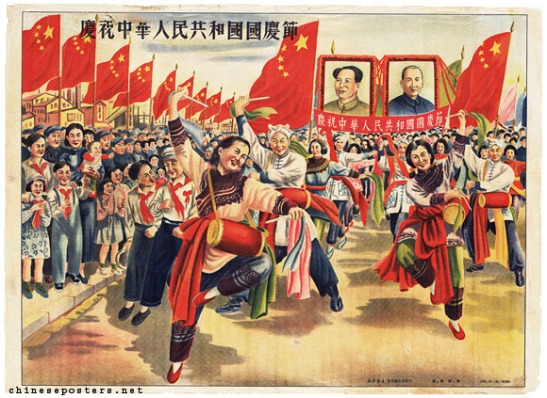 Capitalism and the Internet for a Win. “The collapse of the Soviet Union,” Lanchester says, “confirmed the West’s victory; an equivalent process would inevitably result in political change coming to China.”

Lanchester quotes Bill Clinton from 1992: “Liberty will be spread by cell phone and cable modem. We know how much the Internet has changed America, and we are already an open society. Imagine how it could change China.”

Clinton said in 2000, “Now there’s no question China has been trying to crack down on the Internet. Good luck. That’s sort of like trying to nail Jell-O to the wall.”

Well, even Bill Clinton can’t be right all of the time. Tomorrow in Part 2, we’ll learn about an Internet with Chinese characteristics. ds

This entry was posted on October 27, 2019 by simanaitissays in And Furthermore... and tagged "Document Number Nine" John Lanchester "London Review of Books", "The Great Firewall of China: How to Build and Control an Alternative Version of the Internet" James Griffiths, Bill Clinton: Internet will bring democracy to China (it didn't), China's socialism: odd with luxury wealth middle-class inequality, China: 1.417 billion ruled by 90.6 million CCP members (6.4 percent), We Have Been Harmonmised" Kai Strittmatter.