GMAX AND THE WESTLAND LYSANDER PART 2

TODAY, MY GMAX rendering of the Westland Lysander continues. As noted yesterday, the more documentation, the more to model.

One of Microsoft’s default aircraft, the Curtiss Jenny, features animated valve gear for its OX-5. I borrowed its coding for the Mercury’s exposed rocker arms. Indeed, they’re barely visible within the Lizzie’s cowling, but don’t forget the Gargoyle Strategy.

This fine book gave me another 158 pages of inspiration for potential modeling.

Also, New Zealand’s Flight Manuals Online offers historical documents, in this case U.K. Air Ministry Lysander manuals from 1939 and 1943. Another 133 pages of text and photos on the aircraft and 43 pages on pilot’s notes.

Talk about being tempted with more modeling information. I learned more about Lizzie as well.

The Lysander’s GMax rendering of its propulsion hardware.

For example, the engine’s oil supply (shown in blue) has twin intercoolers located low on either side of the pilot’s high-mounted seating. Air is drawn in from the aircraft’s nose, passes through ducting to the intercoolers, and exits through fuselage vents.

There are twin cockpits separated by the fuel tank. On Lizzies fitted for supporting ground troops, the aft gunner had a swiveling seat and a Lewis machine gun. Forward-firing Browning machine guns were mounted in the wheel spats. Special Operations Executive aircraft dispensed with armament for weight savings. On some of the SOE missions, several people crammed into the rear cockpit.

An interior in progress.

A good story gleaned from the Haynes manual: On a harrowing mission, an SOE pilot was returning to England with an operative. The Lizzie’s compass had been destroyed by ground fire and, in approaching a fog-shrouded channel, they got hopelessly lost. Eventually landing out of fuel, in friendly or enemy territory?, the pilot went searching for help. He came back and said, “I can’t understand a word they are saying, but it appears we’re in Scotland….”

Color-coded Components. To help with fitments, clearances, and the like, GMax elements can be modeled in different colors. The Lizzie’s SOE livery came later. 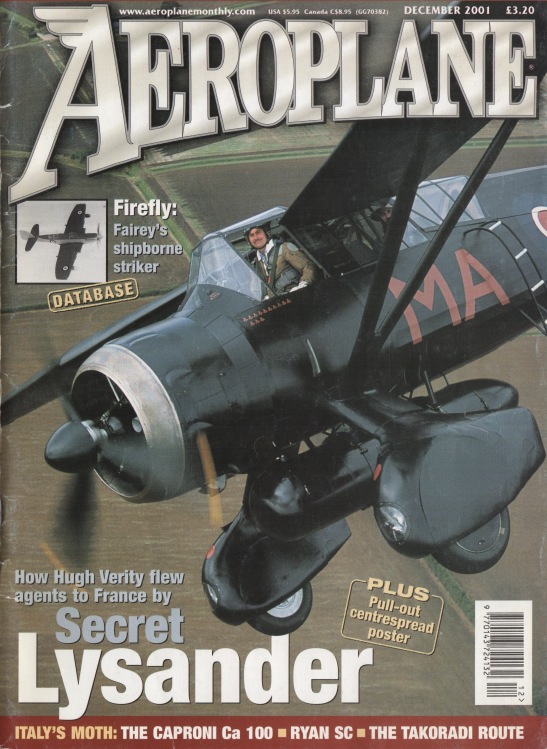 Above, image from Aeroplane, December 2001. Below, the GMax rendering. 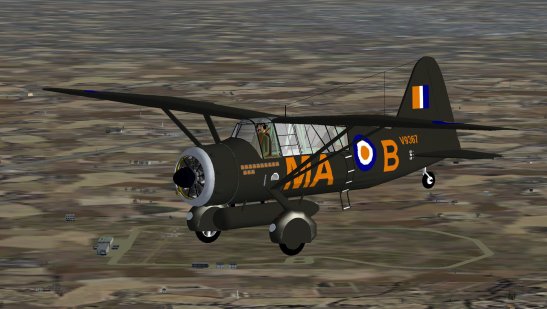