APART FROM BEING a spy, diplomat, arms dealer, and revolutionary (French and American), playwright Pierre-Augustin Caron de Beaumarchais sure know how to get even. His means of revenge? His theatrical works. Here, in Parts 1 and 2 today and tomorrow, are tidbits about these episodes of theatrical revenge.

A Talented Teen. Pierre-Augustin Caron was the only boy among six surviving children of a watchmaker. As a lad, he apprenticed with his father and displayed innovative watchmaking skills which led to his first skirmish with the French legal system.

L’Affaire Lepaute. In July 1753, at the age of 21 Caron devised an escapement that made pocket watches substantially more accurate and compact. Jean-André Lepaute, royal clockmaker to King Louis XV, took interest in this design to the point of calling it the Lepaute system.

The French Academy of Sciences had itself a messy case. Lepaute brought forth three Jesuits claiming to know of his invention in May of 1753, two months before Caron’s announcement. Caron stated, “I cannot let such an infidelity go by in silence….”

L’Affaire Lepaute became the talk of Paris. In February 1754, the Academy ruled that the mechanism was Caron’s, not Lepaute’s. Louis XV commissioned a Caron watch for his mistress Madame de Pompadour. Caron became a Purveyor to the King; Madeline-Catherine Aubertin, a widow, helped him gain this appointment.

Caron married Aubertin in 1755 and added “de Beaumarchais” to his name, concocted from le Bois Marchais, property belonging to the new Mrs.

L’Affaire Duverney. In 1759, Beaumarchais met Joseph Paris Duverney, an older and wealthy entrepreneur. They hit it off immediately and collaborated on many business ventures. Duverney helped Beaumarchais become the king’s Secretary-Councillor and also lent him a considerable sum of money, some of which Beaumarchais used to buy another title, Lieutenant General of Hunting. 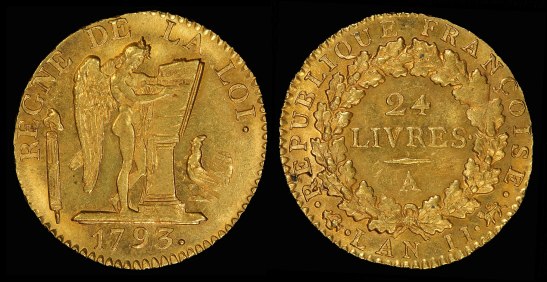 Alas, Duverney passed away in 1770, which triggered court cases galore. Beaumarchais claimed he had a signed statement from Duverney that forgave him a 75,000-livre loan and granted him another 15,000. Duverney’s sole heir, Count de la Blache, claimed the statement was a forgery and took Beaumarchais to court.

Tomorrow in Part 2, the plot thickens when attorney Louis Valentin Goëzman gets involved. But doesn’t it always?