WHAT’S THAT IN OLD ENGLISH? PART 1

HERE ARE some tidbits about Old English, OE, for short, gleaned from a recent exhibition at the British Museum, a BBC article reviewing this exhibition, and my usual Internet sleuthing. Wouldn’t you know, the tidbits expanded here into Parts 1 and 2, today and tomorrow. 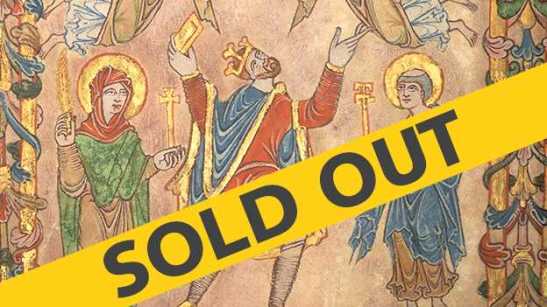 The exhibition was reviewed in “What the Earliest Fragments of English Reveal,” by Cameron Laux, BBC Online, January 18, 2019. He began by observing, “The interconnectedness of Europe has a long history, as we’re reminded when we explore the roots of the English language—roots that stretch back to the 5th Century.”

Angles, Saxons, and Jutes in a Reverse Brexit. Old English grew out of a reverse Brexit of sorts, with three Germanic tribes, the Angles, the Saxons, and the Jutes, moving across the channel beginning around 450 A.D. These three tribes came from the Jutland Peninsula, a middle finger of what is now a northern hand of Germany. Viewed from fist to fingertip, the regions were Saxony, Anglia, and Jutland. The peninsula is now continental Denmark and part of Germany’s northern state of Schleswig-Holstein.

Reverse Brexit from the Jutland Peninsula to England. Image from next1000.com.

Other Anglias. By the way, the European continental Anglia is not to be confused with the subsequent East, Middle, and West Anglia districts of eastern England. Also there were four generations of English Fords called Anglias, built between 1940 and 1967. 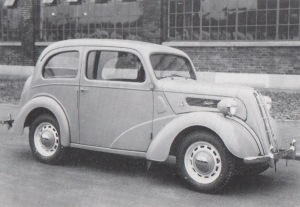 ’Riting in Runes. Until around the 9th Century, earliest OE was written not with Roman characters, but in runes. This set of straight-segment characters evolved among Germanic tribes as suitable for being written in clay or carved in stone.

Runes didn’t disappear with the adoption of a Roman alphabet. Their use continued in runic magic, Norse lore, 19th- and 20th-Century Germanic cults, and even, lamentably enough, in 21st-Century white supremacy graphics.

Funeral Cheers? Laux quotes Medieval historian Mary Wellesley: “The earliest fragments of the England language are likely to be a group of runic inscriptions on three 5th-Century cremation urns…. The inscriptions read alu, which probably means ‘ale.’ Perhaps the early speakers of Old English longed for ale in death as well as life.”

Cremation urn from Loveden Hill, 5th-century. Note its runic inscriptions. This and the following image from bbc.com.

Our Days of the Week. Laux observes, “We owe our English names for the days of the week, Tuesday to Friday, to the pagan religion that Anglo-Saxons brought with them to Britain (Saturday, Sunday, and Monday derive from the Greco-Roman tradition).”

The OE wðduesdæg honors Woden, king of the gods. He’s also Wotan of the Wagner Ring Cycle. Wotan’s wife Fricka has the OE equivalent Frige, whence the OE frigedæg and our Friday.

A Borrowed Rune and our Thursday. The runic character thorn, ᚦ, found its way into OE as þ, þorn, its “th” sound. It survives today in Icelandic as well.

Thor, Þórr in Old Norse, was the hammer-wielding god of thunder and lightening, aka Donar in Old High German, Donner in the Ring Cycle, and Dunder in the original Twas the Night Before Christmas.

3 comments on “WHAT’S THAT IN OLD ENGLISH? PART 1”