ETYMOLOGY: AT SIXES AND SEVENS

THE WORLD, it has been said, is “at sixes and sevens.” On the other hand, researching this phrase gave me some comforting insight into the practice of etymology and, indeed, of the scientific method in general.

In its definition of the word “six,” Merriam-Webster says “at sixes and sevens” means “in a state of disorder.” Wikipedia offers rather more, with lots of interesting tidbits. For instance, “at sixes and sevens” and its meaning of discord have analogs in Chilean (al tres y al cuarto, “at three and at four”), in Persian (شش پنج, “He says five but he means six”), and in Arabic (يضرب أخماساً لأسداس, which means “He shows fifths for sixths”).

Wikipedia also cites a charming, though ultimately questionable, origin of the phrase. So the story goes, the Merchant Taylors (tailors) and the Skinners (furriers) were two Livery Companies of London, both claiming heritage to 1327. These claims led to a squabble about which guild held sixth place in order of precedence. “In 1484, after more than a century and a half of bickering,” writes Wikipedia, “the Lord Mayor of London Sir Robert Billesden ruled that at the feast of Corpus Christi, the companies would swap between sixth and seventh place and feast in each other’s halls.” 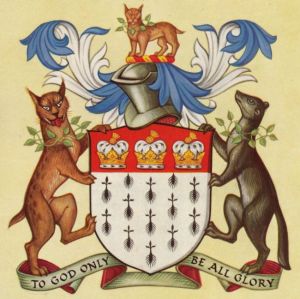 Charming though it is, the tale conflicts with at least two other bits of English history. According to An Historical Essay on the Livery Companies of London, by Richard James Cheeswright, Croydon, 1881, “… in 1226, a quarrel took place between the Goldsmiths and Merchant Taylors (then called the Linen Armourers). Each party—assisted by other Companies—met on an appointed night to the number of 500 men, completely armed, and proceeded to fight manfully. Many were killed and wounded on each side, nor could they be parted until the Sheriffs came and apprehended the ringleaders, thirteen of whom were condemned and executed.” 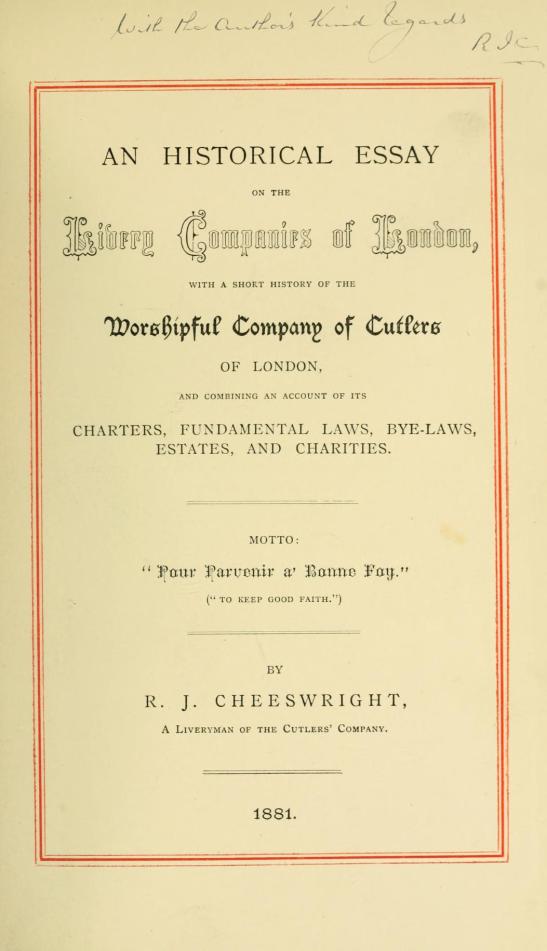 So much for thirteenth-century labor relations. And also, note, this commentary implies that the Merchant Taylors existed prior to the Skinners’ 1327 charter from Edward III.

There’s another flaw in the 1484 Merchant Taylors/Skinners’ tale: Both Wikipedia and The Phrase Finder note that the phrase “to set the world on six and seven” had already appeared in Geoffrey Chaucer’s Troilus and Cressida, 1374. In the Middle English of the era: ”Lat nat this wrechched wo thyn herte gnawe, But manly set the world on sexe and seuene.”

According to The Phrase Finder, the phrase is thought to have derived in the fourteenth century from a dice game: “The meaning then was ‘to carelessly risk one’s entire fortune.’ ”

This source also cites the Merchant Taylors/Skinners tale, this time dating their heritage to 1515, and thus after Chaucer. It also includes a biblical reference, Job 5:19 in the King James Bible, 1611: “He shall deliver three in six troubles: yea, in seven there shall no evil touch thee.”

The Phrase Finder notes, “Other than being old and including the numbers six and seven, this doesn’t seem to make a very strong claim.”

My favorite theatrical reference is in Thornton Wilder’s 1942 Pulitzer Prize-winning play The Skin of Our Teeth. Briefly, it’s the story of mankind, compressed, mixing prehistoric, biblical, classic, and modern times.

Early on, Sabina, maid to the Antrobus family, says, “The whole world’s at sixes and sevens, and why the house hasn’t fallen down about our ears long ago is a miracle to me.”

3 comments on “ETYMOLOGY: AT SIXES AND SEVENS”