Trump’s Renoir.You may recall the article in news.artnet.com, October 18, 2017, which carried the headline, “Donald Trump Bragged About the Renoir on His Private Jet. Experts Say It’s a Fake.”

Our president lying about something so easily verifiable as a world-famous work of art? Imagine that. 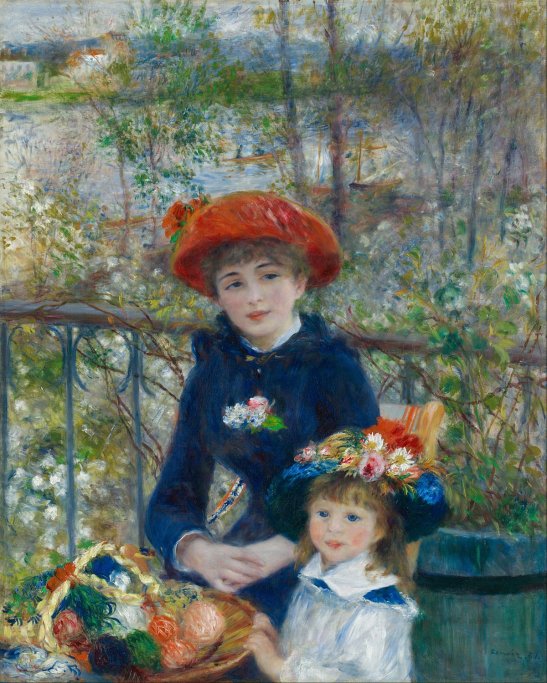 Two Sisters (On the Terrace) was painted by Pierre-Auguste Renoir in 1881. For awhile, a painting, which Trump claimed was the original, was part of his personal jet’s decor. Later, it was seen on a wall in the background during Trump’s post-election-day interview broadcast on 60 Minutes.

Wouldn’t you know, though, there are always spoilsports.

Timothy O’Brien, business reporter for The New York Times, (yes, that “failing” one), said, “I grew up in Chicago, that Renoir is called Two Sisters (On the Terrace), and it’s hanging on a wall at the Art Institute of Chicago.”

Richard Brettell, chair of aesthetics studies at the University of Texas in Dallas, said of Trump’s Renoir, “From my trained eye… it seems clearly to be a copy of that famous Chicago picture. This is all the more obvious when we consider that Renoir himself never painted copies of his own pictures.”

Richard Rand, associate director for collections at California’s J. Paul Getty Museum, concurred on the provenance of the Trump art: “If I were presented with a picture that was an exact copy of a famous Renoir hanging in a museum, I would guess it was probably a reproduction of some kind.”

Geez, who are you going to believe? Experts? Trump? Or, for that matter, me?

My Shakespeare First Folio. It was in 1623 that John Heminges and Henry Condell assembled what’s referred to as the First Folio of Shakespeare’s works. It’s believed there were some 750 copies printed. Though a First Folio cost perhaps 15 shillings in 1623, Christies sold one in 2001 for $6.16 million. Two hundred thirty-five First Folios are known to survive, one of which resides on my bookshelf. 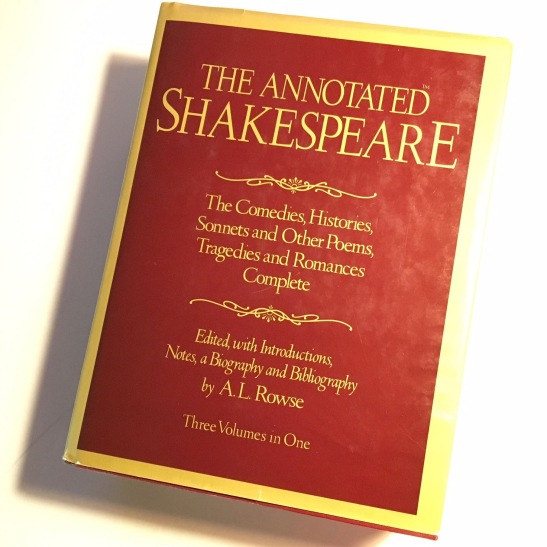 First Folios are prized as original sources, with some modern Shakespeare theater companies preferring their subtle references providing production clues of the era. Indeed, my First Folio is extensively annotated.

My Wright Flyer. The Wright Brothers were the first to demonstrate powered, heavier-than-air flight with their Wright Flyer on the sand dunes of Kill Devil Hills, Kitty Hawk, North Carolina, on December 17, 1903. Everyone knows this, with the possible exception of the French. 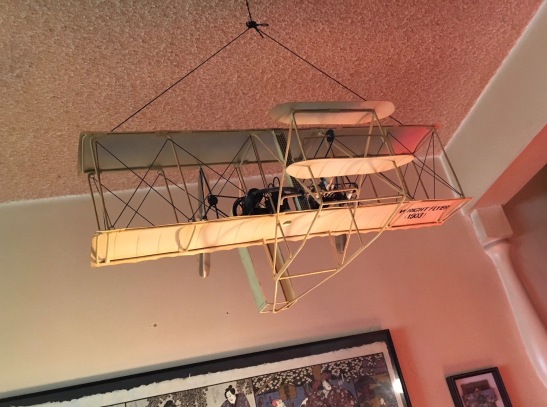 Perhaps less recognized is that the original craft hangs above me as I compose this entry for SimanaitisSays. There may be nay-sayers who claim the original Wright Flyer is larger than mine and in the National Air and Space Museum in Washington, D.C. Or they may mistake for original the reproduction on display at Maine’s Owls Head Transportation Museum.

Ha. Washington, D.C., and Owls Head are green with envy.

My Bugatti Type 35. Though it’s a Bugatti Type 43 Grand Sport that I truly covet, an original Type 35 is part of the SimanaitisSays collection. 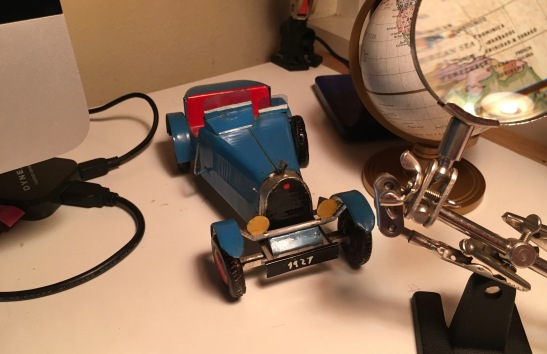 This car’s previous owner was a guy residing in the northern Italian town of Orto San Giulio. As I recall, he ran a toy shop. ds

2 comments on “MY PRICELESS ORIGINALS”