MY INTERESTS in aviation are few beyond its Golden Age of the 1930s. However, I’m fascinated by the overwhelming technicalities of the Lockheed Martin F-35 Lightning II Joint Strike Fighter. 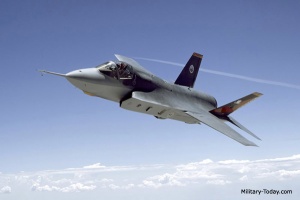 The Internet doesn’t lack for public information on this not uncontroversial aircraft. As examples, see The National Interest, Business Insider and Sofrep News for analyses of the F-35 compared with other U.S. and Russian military aircraft. Also, in VTOL (Vertical Takeoff and Landing), I included the capabilities of the F-35B, a variation dedicated to marine operations. 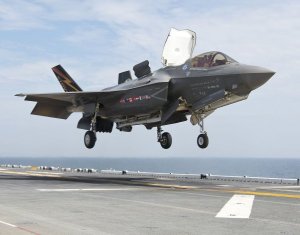 A video of the Lockheed Martin F-35B shows its VTOL capabilities.

Soar’s title, “The Most Expensive Weapon Ever Built,” tells only part of the tale. Indeed, Soar also suggests that the F-35 series may well be the last of its kind, the last piloted fighter aircraft.

Soar notes that the technicalities of F-35 structure, armament and avionics “have been under development for the last twenty years at a cost of many billions of dollars.” This investment stretches from Lockheed Martin’s Fort Worth facility to its counterparts around the world. 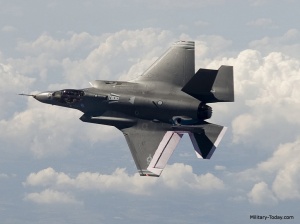 Typical of today’s aircraft, the F-35’s design and manufacture are global activities. For example, Britain’s BAE Systems fabricates sections of the aft fuselage, including the tail, in its Lancashire workshop. Soar cites other contributions: “There are aluminum sheets from Milton Keynes, electronic modules from Billingstad, circuit boards from Ankara, hydraulics from Melbourne, wiring systems from Rotterdam, manifolds from Adelaide, wing parts from Turin and actuators from New York.”

In one sense, the billions of dollars are world investments in global security. In another sense, no surprise, costs also make for political fodder. Soar cites a pre-inaugural Trump tweet: “ ‘The F-35 program and cost is [sic] out of control. Billions of dollars can and will be saved on military (and other) purchases after January 20th.’ ”

Soar continues, “On 30 January, ten days after taking office, Trump announced that he had negotiated $600 million off the price tag of the next batch of F-35s. Lockheed’s CEO chose not to shatter his illusion, but it turned out that the next ninety planes were always going to be cheaper anyway—by between 6 and 7 percent, or $550 and $650 million. The more you build, the cheaper they get, thanks to economies of scale.” 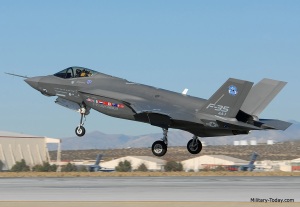 F-35 customers include Australia, Britain, Canada, Denmark, Italy, Japan, the Netherlands, Norway, South Korea and Turkey. Their pilots receive training in the U.S., on simulators and in real aircraft, at locations such as California’s Edwards Air Force Base. The F-35, according to Soar, “is likely to be around for a very long time—for the next forty years at least.”

Soars observes, “It seems odd, in the age of smartwatches and rapid technological obsolescence, that big lumps of metal can be so very enduring, but that’s the way heavy engineering works…. Machines, once built, are here to stay, and fighter planes are no different.”

Each F-35 pilot has a $400,000 (gulp) custom-fitted carbon-fiber helmet that’s replete with technicalities. Soar describes it: “As well as the usual flight stats that a pilot would see in a traditional heads-up display—airspeed, heading, altitude—the F-35 helmet beams in the pictures gathered by six infrared cameras mounted on the outside of the airframe. This means that just by turning his head, the wearer can see what’s above him, behind him and even below the aircraft’s floor. From his point of view, he’s effectively flying an invisible plane.” 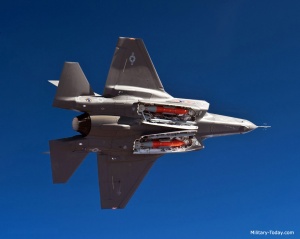 On targeting: “The active radar array will scan a high-resolution image of the area of interest. Then all the pilot needs to do is touch a point on the map and the selected weapon will take it out in seconds. Click. Another hangar gone.”

Soar cites technical superiority of U.S. fighter aircraft in aerial warfare: “The last American fighter jet to be recorded lost to any enemy aircraft was an F/A-18, shot down by an Iraqi MiG in 1991.”

Aerial warfare has progressed to the point that, as Soar observes, “it isn’t clear how much future there is in piloted warplanes. The combined marketing muscle of all the Lockheeds, Boeings, and Raytheons in the world has failed to come up with any definition of what a ‘sixth generation’ fighter would be. This, it appears, is the end of the line.”

Which reminds me of a sci-fi tale I read years before the advent of drones: In the far-off future, an arms race of super-sophisticated robo-fighting machines has escalated beyond any economic sense. Until a clever militarist suggests something revolutionary—and apparently more expendable: human pilots. ds

This entry was posted on April 6, 2017 by simanaitissays in Sci-Tech and tagged "The Most Expensive Weapon Ever Built" Daniel Soar LRB, Joint Strike Fighter, Lockheed Martin F-35 Lightning, London Review of Books.