THE HISTORY of music is replete with examples of less than straightforward behavior. Here are three tidbits along these lines, stretching from 1700 to the latest of film scores. One involves death through depression. Another tells of a tangled legacy, not to say inheritance. And, with the third, an entire orchestra gets repeated revenge on an unpopular conductor.

My first tale is a tragic one: the death of a music critic by the hand of a composer. 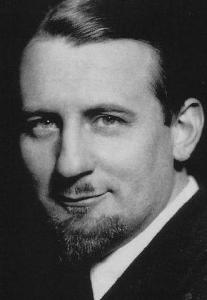 Peter Warlock, his choice of surname chosen to reflect interests in the occult, composed music influenced by English composer Frederick Delius, Hungarian Bela Bartok, Celtic culture, the Elizabethan era and English folk songs. Warlock’s music, much of it produced during the 1920s, was generally well received by critics and the British public.

At the same time, Warlock maintained an alternating career as Philip Heseltine, the critic founding the music magazine The Sackbut, named for the Renaissance trombone.

Alas, becoming depressed by loss of his creativity, in 1930 Heseltine/Warlock, age 36, died of coal gas poisoning by his own hand.

Tomaso Albinoni lived in the Republic of Venice during the Baroque era. A composer of operas, sonatas, concerti and sinfonie, he thought of himself as a Dilettante Veneto. His father Antonio was a paper merchant, indeed a very wealthy one through a monopoly of producing playing cards. When his father’s vast inheritance was divided in 1709, Tomaso was largely passed over, his younger brothers receiving the wealth.

Albinoni’s musical legacy took a hit as well. Most of his operas, popular during his lifetime, were left unpublished and subsequently lost. Part of his collection ended up in the Saxon State Library in Dresden, Germany, with much of it lost in World War II Allied bombing.

However, in 1949, Milanese musicologist and Albinoni biographer Remo Giazotto discovered a fragment of an Albinoni composition in the Dresden library archives. It was a mere six bars of melody together with the underlying basso continuo, but enough for Giazotto to construct a piece from it. Later, in 1958, under his own name, Giazotto published Adagio in G Minor for Strings and Organ on Two Thematic Ideas and on a Figured Bass by Tomaso Albinoni. For awhile there, any Baroque attribution was questioned, but the latest research seems to confirm the piece’s Giazotto/Albinoni authorship.

There’s a good bet you have heard this music, particularly if you’ve seen any of these flicks: L’Année Dernière à Marienbad, 1961; Rollerball, 1975; Dragonslayer, 1981; Gallipoli, 1981; Flashdance, 1983; or Manchester by the Sea, 2016. Or listened to covers by the likes of The Doors or Procol Harum.

I conclude with a slightly goofy tale shared in Barry Hewett-Davies’ book, A Night at the Opera

, 1980. The D’Oyle Carte Opera Company, renowned for its Gilbert & Sullivan productions, toured the British Isles with only its principal musicians. At each locale, local musicians would pick up gigs completing the orchestra.

“One such was the second oboe,” Hewett-Davies writes, “who was therefore always one of the new faces at the beginning of each week. There was only one conductor at the time, and he was not universally popular.”

The traveling musicians got even in a wonderfully fiendish way: “In the orchestral part provided for the ‘local’ second oboe, there was an instruction written against a certain note about half-way through the work. It said, ‘Play B flat on Wednesday matinées only. It drives him bloody mad!’ ” ds