IS YOUR car daqi? In what has been the world’s largest car market since 2009, the People’s Republic of China is evolving its own sense of automotive style. A couple of articles in Automotive News, June 3, 2013, http://goo.gl/VP8i2 and http://goo.gl/DR9vW got me searching around the Internet and my own head as well. Here’s a summary.

That word daqi (pronounced dah-CHEE) sums up the Chinese aesthetic appeal, akin to “well proportioned,” possessing a “grandeur,” but not “ostentatious.”

“Classy?” Yes, though this begs the question in the same sense that our word “cool” does. (See www.wp.me/p2ETap-1ah for thoughts on the latter.)

In general, whereas other markets focus on the driver, the Chinese think about the other vehicle occupants, family, friends and business associates. Thus, back-seat leg room is extremely important. Another reason for this is a larger percentage of vehicles in China that are chauffeur-driven.

The Ford Escort Concept (exhibited at the Shanghai auto show in April) and Kuga (née Escape, its small SUV) make for interesting examples.

The Escort Concept is built on an extended platform of Ford’s Focus, the latter the biggest-selling nameplate in China in 2012. A larger interior moves the Escort Concept a notch upward into Chinese Buick territory. (Did you know that Buick sells more cars in China than in the U.S.?) 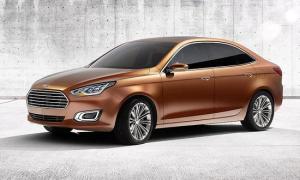 Ford’s Escort Concept, as seen at the 2013 Shanghai auto show in April.

However, I wonder if daqi accepts some trickery? The Ford Kuga gains a visual impression of enhanced back-seat leg room by making the seat cushions back there a little shorter. Also—and legitimate improvement—the front seat backs are thinner and sculpted for rear knee room. 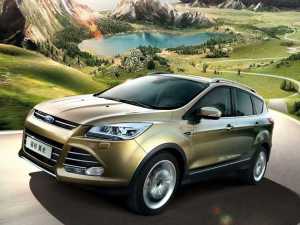 The Ford Kuga gets special rear seat enhancements and other mods for the Chinese market.

The Kuga’s headlights and taillights are fancier than an Escape’s. There’s more chrome in the grillework. Interior colors are lighter; the leather trim has a finer grain. There’s a Mandarin-language version of Ford’s Sync system. (I wonder if it’ll be any more comprehensible than the U.S. version?)

And, as in all cars for the Chinese market, there are ashtrays a’plenty, typically fitted into cupholder locations. Though the Chinese government has instituted anti-smoking programs, the number of smokers is astounding—and fascinating—compared with those in the U.S.

And, amazingly, 60 percent of male Chinese doctors smoke, compared with 3 percent in the U.S. 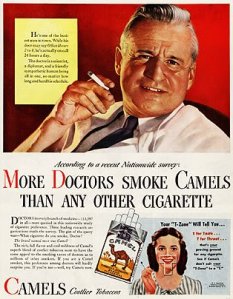 Apparently this ad would still have legs in the People’s Republic.

It’s said that smoking in China is associated with masculine identity (thus, the gender split), with feelings of acceptance and brotherhood.

How do you say “Marlboro Man” in Mandarin? ds

This entry was posted on July 1, 2013 by simanaitissays in Driving it Today and tagged Chinese automotive style, daqi, Ford Escort Concept, Ford Kuga, smoking in China.