I’VE BEEN READING a lot recently about Tesla and its mercurial Elon Musk. Here, in Parts 1 and 2 today and tomorrow, are tidbits gleaned from Automotive News, July 13, July 20, July 27, and August 3, 2020. Also, I include a not unrelated economic analysis by Paul Krugman from The New York Times.

There’s a happy ending: The fast food chain turned the clip into a social media ad, “Smart cars are smart enough to brake for a Whopper. Artificial intelligence knows what you crave.”

Burger King also offered a code for a free Whopper to anyone who posted a picture of their Tesla at one of its restaurants using the hashtag #autopilotwhopper.

New Profit for Tesla? Maybe this glitch suggests another means for Tesla to improve its bottom line: Sell portions of the Autopilot coding as ads for quick food and other commercial enterprises.

Consider the headline in Automotive News, July 27, 2020: “Stability at Tesla: 4-Quarter Profit Run.” And, note, unlike other automakers who profit from er… making automobiles, Tesla has yet to make a profit from doing so.

Automotive News reported, “The electric vehicle maker, which has yet to finish a calendar year in the black, again relied largely on the sale of regulatory credits to competitors to eke out a modest profit in the second quarter…”

Despite this, Tesla is the darling of Wall Street: Automotive News reported “Even though shares dipped in May after Musk tweeted that Tesla’s stock price was too high, they have since more than doubled.” 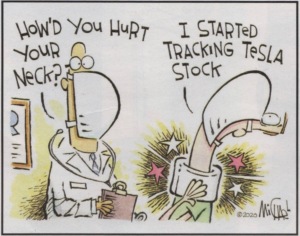 An Economics Aside. I am baffled by the stock market, although economist Paul Krugman offered illumination in “Crashing Economy, Rising Stocks: What’s Going On?,” The New York Times, April 30, 2020. 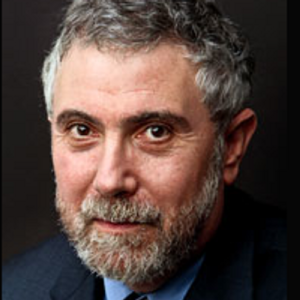 “That is,” Krugman wrote, “the relationship between stock performance—largely driven by the oscillation between greed and fear—and real economic growth has always been somewhere between loose and nonexistent.… But I’d argue that there are deeper reasons for the current stock market-real economy disconnect: Investors are buying stocks in part because they have nowhere else to go.”

Krugman cites that the bond market (a principal alternative to stocks) is offering “incredibly low returns…. If you want bonds that are protected against future inflation, their yield is minus half a percent.”

Krugman’s discourse helps me understand the stock market and Tesla’s place in it. We’ll return to Elon Musk and vehicle autonomy tomorrow in Part 2. ds