SWORDPLAY OVER THE AGES AND AROUND THE WORLD PART 2

YESTERDAY, WE BEGAN our swordplay tales with the Völsunga’s Gram aka Wagner Ring Cycle’s Nothung and Arthurian legends of Excalibur and the sword in the stone. Today in Part 2, we’ll see a sword dating from 14th-century Japan and (semi)historic swordplay between Grant and Lee, as envisioned by satirist Stan Freberg.

The Honjō Masamune. Rather better documented that yesterday’s legends is the story of Japanese swordsmith Masamune, whose swords are still coveted 700 years later.

Masamune worked during the last part of the Kamakura period (1288–1328). Yet three centuries later, his sword Honjō Masamune had a clear provenance up to and including Tokugawa Ieyasu, founder and first shogun of the Tokugawa Shogunate. This shogunate ruled Japan from 1600 until the Meiji Restoration in 1868.

It was only during the U.S. Occupation that Honjō Masamune went missing. In December 1945, Tokugawa Iemasa apparently gave Honjō Masamune and other prohibited swords to Japanese authorities. In January 1946, authorities reportedly gave the legendary sword to a “Sgt. Coldy Bimore” of the Allies’ Foreign Liquidations Commission.

However, subsequent investigations show no record of a Sgt. Coldy Bimore. And, to this day, the whereabouts of Honjō Masamune are unknown. 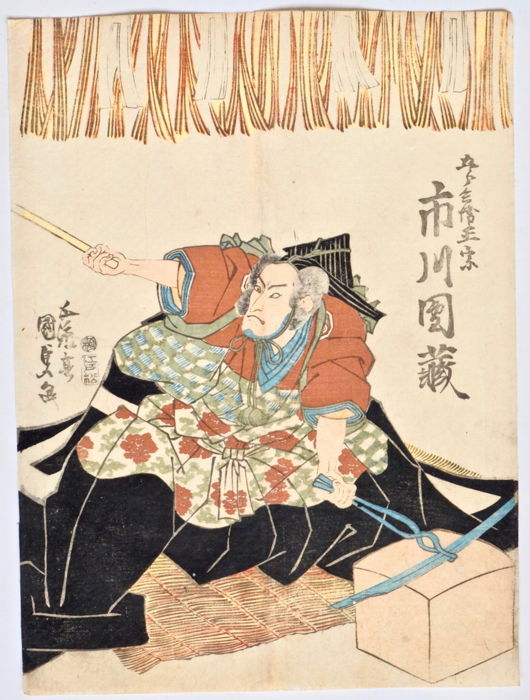 Another tale is exemplary of Masamune’s expertise: His student Muramasa challenged him to see who could make the finer sword. Their two blades were suspended in a small creek with cutting edges facing into the current. (Sound familiar?)

The first sword, the student’s, sliced everything it encountered, leaves, fish, according to Wikipedia, “the very air which blew on it.” By contrast, the master’s sliced leaves, but “fish swam right up to it, and the air hissed as it gently blew by the blade.”

When Masamune was ridiculed, a monk offered a differing view: “The first of the swords was by all accounts a fine sword, however it was a blood-thirsty, evil blade, as it does not discriminate as to who or what it will cut. It may just as well be cutting down butterflies as severing heads. The second was by far the finer of the two, as it does not needlessly cut that which is innocent and undeserving.”

Satire at Appomattox. Battling swords played a dramatic role at Appomattox Courthouse on April 9, 1865, albeit a purely fictitious one.

As imagined by Freberg, Robert E. Lee and Ulysses S. Grant have a disagreement that only gentlemen would have.

“On behalf of the Confederacy,” says Lee, “it is my painful duty to surrender to you the Army of Northern Virginia. My sword, sir.”

Grant scoffs, “You wanna talk swords, sir!” He displays his.

“You would compare that overgrown letter opener…,” says Lee.

They end with a celebratory “There’ll Never Be Another War,” though we recognize the satire in this as well. ds