THE WIT OF AUTOMOTIVE ARTISTS

I WAS LEAFING through a Gooding & Company auction catalog when I encountered its auto memorabilia section. It impressed me with an aspect of automotive artists I hadn’t considered recently: their wit. Here are tidbits on this.

Cuneo’s Mouse. Terence Cuneo painted locomotives, cars, and aircraft. Especially in his earlier works, he liked to secret a little mouse, sometimes cartoonishly, into the scenes. 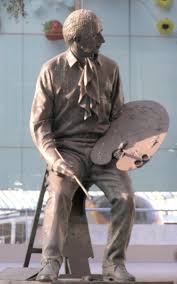 Even his memorial statue, once residing at London’s Waterloo Station, includes a little mouse near his shoe. See if you can find one in Cuneo’s painting of Barnato’s Blue Train Bentley. 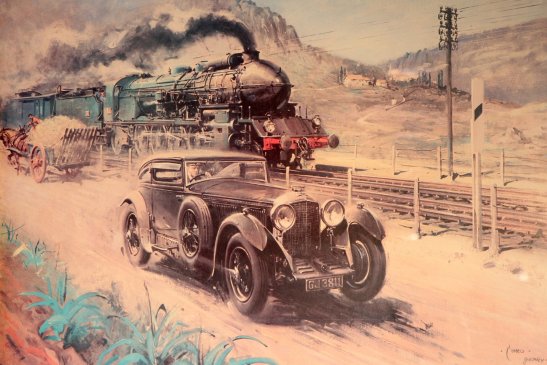 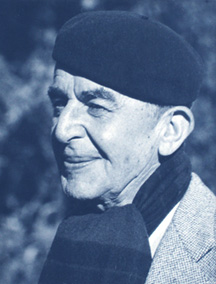 Peter Helck, 1893 – 1988. American artist extraordinaire, of more than 600 sketches, drawings and paintings, many illustrating his passion for automobiles. Image from http://www.peterhelck.com.

The Gooding & Company 2006 Pebble Beach Auction catalog described Helck’s background: “He saw his first auto race, the Vanderbilt Cup, in 1906, and it made an indelible mark on him…. His first paid work was the program cover for the Brighton Beach Motordrome races in 1912.”

Helck’s imagination got full play in the painting shown here, one of the auction offerings. 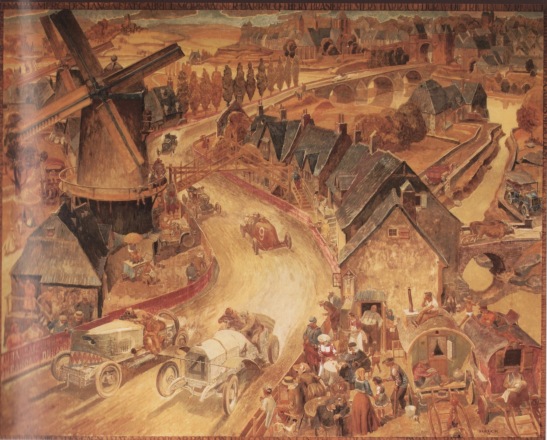 A Motor Race on the Continent in the Early Days, by Peter Helck, 1926. Image from the Gooding & Company 2006 Pebble Beach catalog.

The catalog quotes Helck’s letter to a friend saying the painting “attempts a sort of composite showing the leading race cars of that period.” Shown thundering through an imaginary village are a Mercedes, DeDietrich, Mors, Hotchkiss, and Richard-Brasier, with a Panhard-Levassor fixed-top touring car nearby.

“Along with the speeding cars,” the catalog notes, “the artist has slipped in some sly humor as well. Can you spot the naked boy, the breast-feeding mother, the kid in underpants, and the lady with the uncovered backside?”

It’s not often that automotive art celebrates such raffish behavior. I celebrate it.

This entry was posted on June 1, 2020 by simanaitissays in And Furthermore... and tagged "A Motor Race on the Continent in the Early Days" Peter Helck (several hidden features), "Bentley 'Blue Train' " Terence Cuneo (hidden mouse).