I WAS NEAR to dozing off when I fell into thought experiments. Gedankenexperimente, Einstein called them; so I was in lofty company, even though sheltering-in.

Social distancing? Or maybe it was the Met-opera-streaming midnight snack I had just enjoyed.

I was in the midst of devising a protocol for baking batches of chocolate chip cookies with precisely varying densities of chips…. Then I dozed off for a while.

The Lockdown Gedankenexperiment. My woke state (as kids term it) returned briefly with thoughts of some folks getting antsy about sheltering-in.

Having traveled extensively while working at R&T, I’m now perfectly happy to avoid scheduling and rescheduling, packing and unpacking, TCA lines, airplanes, and all the rest. A chocolate chip cookie metaphor: I have enjoyed cookies crammed full of chocolate chips; these days I’m not disappointed with fewer trips. Er… chips.

Then I mused, am I much bothered by loneliness? Which got me thinking about Paul Tillich.

Paul Johannes Tillich, 1886–1965, German-born American Protestant theologian and existential philosopher, considered one of the most influential theologians of the twentieth century. Image from catholicherald.co.uk.

I believe this was when I confidently fell asleep until the BBC World Service news at 13:00 GMT.

Celebrity Denkenexperimente. Once awake and functioning, I confirmed the wording of that Tillich quote. Sure enough, it was as I had remembered it from years ago.

Also encountered in my Googling “loneliness vs solitude,” I came on other celebrity musings to share:

I like this one. Sartre isn’t exactly a regular visitor to SimanaitisSays, though his existentialist novel La Nausée, in both the original French and its English translation, was discussed here in ”The Dunning-Kruger Effect, Me, and John Cleese.”

Audrey Hepburn: “I have to be alone often. I’d be quite happy if I spent from Saturday night until Monday morning in my apartment. That’s how I refuel.” 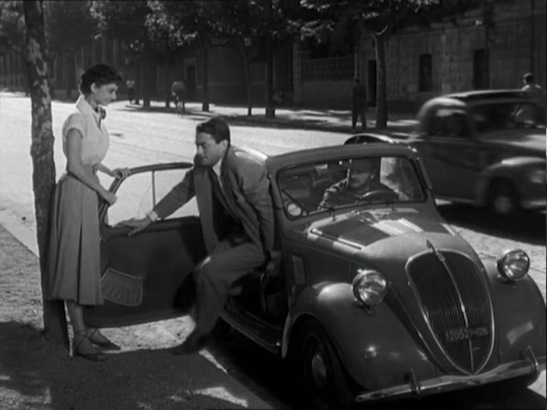 Gregory Peck (6 ft. 3 in.) maneuvers out of Eddie Albert’s Fiat Topolino 500B as Audrey Hepburn watches. Image from Roman Holiday 1953.

One of my favorite Audrey Hepburn flicks is Roman Holiday. What about you?

Winston Churchill: “Solitary trees, if they grow at all, grow strong.”

Voltaire. “The happiest of all lives is a busy solitude.”

François-Marie Arouet, pen name Voltaire, 1694–1778, French writer, historian, philosopher of the Enlightenment. Famed for his attacks on religion and for his advocacy of freedom of speech and for the separation of church and state.

Voltaire’s Candide is, in a way, a delightful counterexample of solitude. Though mathematician Blaise Pascal expressed sentiments similar to Voltaire’s.

Blaise Pascal: “All of humanity’s problems stem from man’s inability to sit quietly in a room alone.”

Oscar Wilde: “A bore is someone who deprives you of solitude without providing you with company.”

My concluding tidbit here has nothing to do with loneliness nor solitude. It is, however, an example of the serendipity of occasional Gedankenexperimente.

Mark Twain: “I did not attend his funeral, but I sent a nice letter saying I approved of it.”

This one made me laugh. ds