GROUPS AROUND THE United States are pushing for elimination of various lockdowns. Some are using Constitutional rights in their argument, as opposed to health, economic concerns, or simply cabin fever.

To put this matter in some perspective, here are tidbits about restrictions in the U.S. brought about by World War II.

Is This a War Against Covid-19? I confess to a weakness in any analogy of WWII and Covid-19: Thomas L. Friedman suggested that the war metaphor is “wrong and misleading.”

Friedman writes, “Wars are fought and won by humans. But when you’re in a struggle with one of Mother Nature’s challenges—like a virus or a climate change—the goal is not to defeat her. No one can. She’s just chemistry, biology, and physics. The goal is to adapt.”

How We Adapt. Epidemiologists have already suggested the essentials of controlling a pandemic: testing to identify the infected, tracing those who have been in contact with the infected, and social distancing to minimize infectious contact. Response in the United States has been a delayed one and, at this point, not particularly coordinated. But we are adapting.

On a personal note, I know of two drive-through testing sites less than a half-mile from my Southern California home. Neither Wife Dottie nor I have had any symptoms, though we are in that susceptible segment with underlying conditions, one of them being age. We have adapted to social distancing, sheltering-in-place with life changes such as preordered/pickup groceries, home delivery of cat supplies, virtual doctor visits, and plenty of opera streaming.

Yes, we as a nation are adapting; some, perhaps, more willingly than others.

Our Parents’ Adapting. Our parents raised us with rather more necessary adaptations in their lives. In particular, my dad served as part of Patton’s army in Europe. Wife Dottie’s two brothers and her brother-in-law also served in Europe, one of them in a communications facility in Iceland. 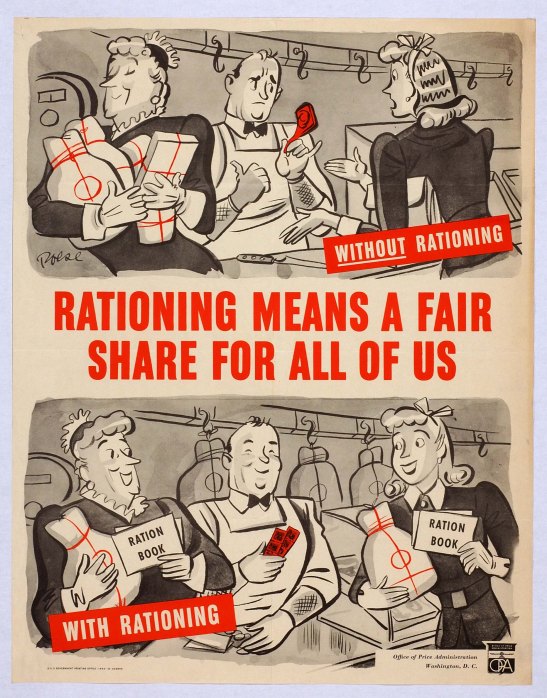 The Japanese attack of Pearl Harbor was a “Day of Infamy” for Americans, the sole attack on its native soil. By contrast, WWII was horrifically omnipresent for those in Europe and Asia.

A National Disgrace. As noted in the U.S. National Archives, Franklin Delano Roosevelt’s Executive Order 9066, issued February 19, 1942, “authorized the Secretary of War and military commanders to evacuate all persons deemed a threat from the West Coast to internment camps, that the government called ‘relocation centers,’ further inland.”

Approximately 112,000 Japanese-Americans, nearly 70,000 of whom were American citizens, were incarcerated in remote locales, including Manzanar, California, at the foot of the Sierra Nevada, about 230 miles north of Los Angeles.

Righting an Injustice, Eventually. In 1980, President Jimmy Carter appointed a Commission on Wartime Relocation and Internment of Civilians. As noted in Wikipedia, “The Commission’s report, titled Personal Justice Denied, found little evidence of Japanese disloyalty at the time and concluded that the incarceration had been the product of racism.”

Indeed, an estimated 33,000 Japanese-Americans served in the U.S. military in WWII. The 100th/442nd Infantry Regiment, largely composed of Nisei (second-generation Americans of Japanese ancestry), fought in Europe and became the most decorated unit in U.S. military history.

The Coat of Arms of the 442nd Infantry Regiment.

Manzanar Today. Manzanar has been a National Historic Site since 1992. According to nps.gov, in response to the Covid-19 outbreak, its Visitor Center and Block 14 Exhibits are closed until further notice. Outdoor areas including the auto tour road, gardens, and cemetery remain open during daylight hours.

I wonder if those carping about missing the beach might instead give a thought to Manzanar. ds