AN ISLAND OR WHAT?

RECENTLY IN the SimanaitisSays Trippin’ item on “Domain Names,” I encountered a geographers’ quandary about island size and definition. For instance, the second-largest island nation, so sources say, is Madagascar; Indonesia is the largest.

But what about Greenland? Image by NASA’s Scientific Visualization Studio from sciencenews.comm

Nation or Not? One subtlety is the term “island nation.” At 836,330 sq. mi. (or 822,700, depending on source), the island of Greenland is larger than Indonesia’s 735,358 sq. mi. But Greenland, identified in Wikipedia as the world’s largest island, is an autonomous territory within the Kingdom of Denmark. Thus, it’s not an island nation. 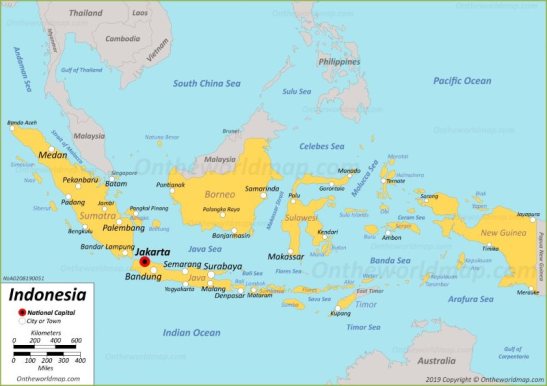 There’s geographic subtlety in Indonesia’s claim as well: This largest island nation is comprised of 17,504 islands, only around 6000 of them inhabited. Indonesia’s largest single island is Sumatra, at 171,068 sq. mi., thus placing Sumatra 6th among the world’s largest islands.

Political Demarcations. Madagascar earns its rating of second-largest island nation by virtue of political demarcation. The island of New Guinea (303,381 sq. mi.) is larger than Madagascar, but it’s split between the nation of Papua New Guinea and Indonesia’s Papua and West Papua. 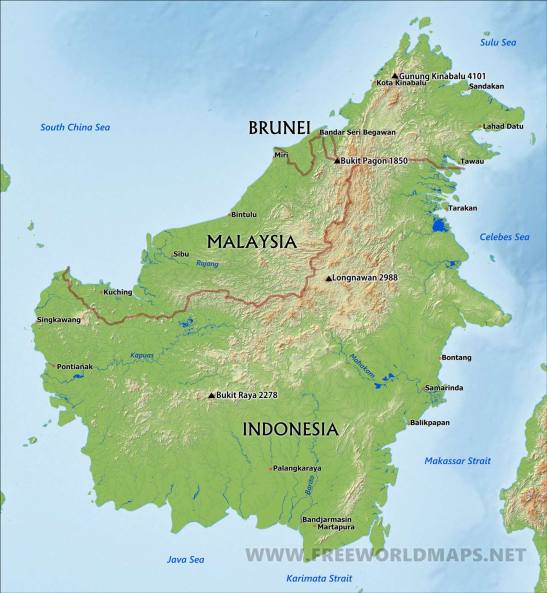 And Then There Are Continents. Merriam-Webster hedges on its definition of “continent” as “one of the six or seven great divisions of land on the globe.”

Wikipedia amplifies on this geographical subtlety: Maybe it’s as few as five; maybe as many as seven.

Oceania. Some geographers get around this by saying Australia is part of “Oceania,” sort of what’s out that way in the Pacific. There are plenty of other countries in Oceania, among them Micronesia, New Zealand, Tonga, Tuvalu, and Vanatu. An interesting discussion of this is presented at the sporcleblog website.

Or, if You’re a Geologist… According to Wikipedia, “Geologists use the term continent in a different manner than geographers. In geology, a continent is defined by continental crust: a platform of metamorphic and igneous rock, largely of granitic composition.”

This gets us into tectonics and, if we continue far enough philosophically, to Gaia, the concept of living and non-living components of Earth functioning as a single system.

Which brings us, curiously enough, to yet another meaning of “continent.” Merriam-Webster cites the adjective “continent” as related to “continence,”  “1: the ability to retain a bodily discharge voluntarily 2: self-restraint especially: refraining from sexual intercourse.”

Toto, I’ve got a feeling we’re not in Kansas anymore. Or even Madagascar. ds

This entry was posted on February 11, 2020 by simanaitissays in Just Trippin' and tagged Australia a continent?, continent definition, continents: five? six? seven?, definition: island vs island nation, size of islands.