WHERE TO REGISTER YOUR DOMAIN NAME?

YOU’VE GOT this hot business, right? And you can register its Internet presence anywhere in the world. Why not choose a place that celebrates your business?

Steve Lohr’s “Tropical Breezes, Pristine Beaches, and a Domain Name to Die For” describes this opportunity in The New York Times, February 4, 2020. Lohr writes that the Caribbean island of Anguilla “is also the lucky beneficiary of two hot trends in technology: artificial intelligence and vanity internet addresses.”

Lohr continues, “Every time a .ai [“dot a i”] name is registered or renewed—by A.I. startups, or by speculators hoping to resell the names to those start-ups, big companies or investors—the island collects a $50-a-year-fee, which goes mostly to the government treasury.” 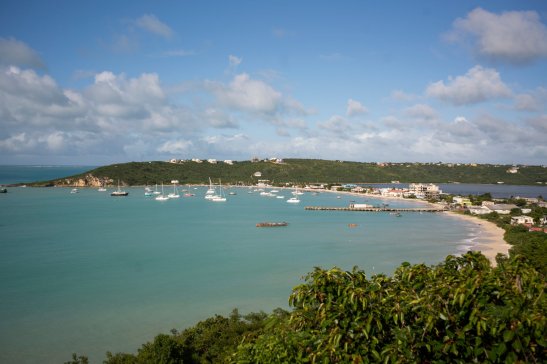 These fees add up: “… $2.9 million in 2018, the most recent official government tally,” Lohr reports, “or nearly as much as the combined salaries of the 127 primary-school teachers, assistants, and administrators in the territory. The revenue rose sharply again last year.”

Hot Opportunities Globally! This got me researching worldstandards.eu, which publishes a list of all country TLDs (top-level domains). This official list is maintained by the IANA (Internet Assigned Numbers Authority), responsible for global coordination of such protocol resources.

Here are TLD tidbits, together with my personal advice. (A disclaimer of the latter is automatically assumed….)

Åland. This archipelago is on a corner of southwest Finland jutting into the Baltic. Lumberjacks and maybe serial hatchet wielders might like its TLD .ax.

Coat of Arms of the Åland Islands. Image by S Group Coop.

Albania. This Balkan country on the Adriatic has .al as its TLD. A family remembrance: My dad, rest his soul, was named Algert, after a Lithuanian prince Algertus. Back before vanity license plates were common, he found that he could get Ohio plates with an AL- prefix through the American Legion.

Andorra. The Principality of the Valleys of Andorra is a sovereign microstate nestled between Spain and France. Its TLD is .ad, perfect for Madison Ave. types.

Flag of Andorra. Image by HansenBCN.

Bahamas. Disseminators of Nigerian opportunities or other Internet spam should be required to register with the Bahamas’ TLD .bs.

Catalonia. This autonomous community on the northeast corner of the Iberian peninsula is in the news these days because of its striving for independence from Spain. My pal πwacket wants me to register SimanaitisSays with Catalonia to get .cat, one of only two TLDs having three letters.

Image from “Cats Are Socially Smart—But Only If They Choose To Be.”

Galicia. This autonomous community is on the northwest corner of the Iberian peninsula. It too has a three-letter TLD, .gal. These days, I’m unsure whether this would be coveted by feminists or not.

Coat of Arms of Galicia. Image by HansenBCN.

Madagascar. The Republic of Madagascar lies in the Indian Ocean, east of the southeastern African country of Mozambique. Its TLD of .mg should appeal to specific classic sports car enthusiasts. Madagascar is the world’s second-largest island country. 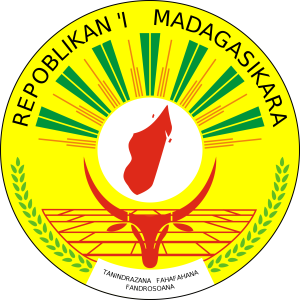 Seal of Madagascar. Image by Ndriana.

Indonesia. The largest island nation in the world, Indonesia, consists of more than 18,307 islands. Its TLD is .id, surely of interest to psychiatrists.

Moldova. And, continuing in a medical vein, I should note that Moldova’s TLD is .md. This eastern European country was part of the Principality of Moldavia from the 14th century to Napoleon’s time. Since 1812, it has been part of the Russian Empire, of Romania, of Ukrainian SSR, and, what with the Soviet Union’s dissolution in 1991, declared independent as Moldova.

Flag of Moldova. Image by Nameneko and others.

Coat of Arms of Tuvalu. Image by Denelson83.

According to Wikipedia, “At its highest, Tuvalu is only 4.6 metres (15 ft) above sea level…. It is estimated that a sea level rise of 20-40 centimetres in the next 100 years could make Tuvalu uninhabitable.”