SYSTEMATOLOGY (WITH SOME DIALECTICAL MATERIALISM TOSSED IN) PART 1

A GLOSSY 56-PAGE supplement to a weekly Science magazine offers information on systematology, an innovative approach to interdisciplinary studies. Coming as it does from the People’s Republic of China, it is a sign of international scientific cooperation, albeit with a soupçon of dialectical materialism added for good PRC measure.

Here, in Parts 1 and 2 today and tomorrow, are tidbits from “The Hsue-Shen Tsien Think Tank: Adopting a Systems Science Approach to Address Complex Problems,” October 4, 2019. My usual Internet sleuthing yields a tale of 1950s’ Red Scare oppression as well.

At the Onset. The American Association for the Advancement of Science writes, “This Booklet was produced by the Science/AAAS Custom Publishing Office and sponsored by the China Aerospace Laboratory of Social Systems Engineering (CALSSE). Materials that appear in this supplement have not been peer-reviewed nor have they been assessed by Science.”

Despite these caveats, the supplement is replete with details of the philosophy of science.

Reductionism. Introducing its theme, the booklet notes that “Modern science and technology have taken shape through the guidance of reductionist philosophy, which hold that everything can be explained by breaking down systems into their individual components.” 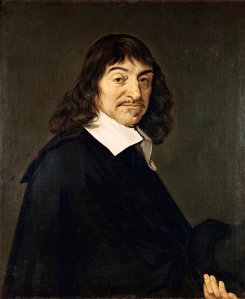 René Descartes is cited as observing that “all material (living) things are like machines and governed by the same mechanical laws, even the human body. He advocated deconstructing bigger things into smaller things in order to understand them more easily, a principle which is the foundation of modern reductionism.”

Other examples include Sir Isaac Newton’s Philosophiae Naturalis Principia Mathematica, 1687; John Dalton’s atomic theory of chemistry, 1803; Gregor Mendel’s genetic discoveries, 1865; and Wilhelm Wundt’s fundamental studies in psychology, 1879. “For hundreds of years, reductionism has not only been the paradigm of the natural sciences, but also the rational mode of thought pursued in the humanities and social sciences.”

Holism. “Holistic thought,” it’s noted, “is not a product of modern science and technology; it has been around for millennia and is at the root of many ancient schools of philosophy. Around 3,000 years ago Chinese philosophers emphasized that all things should be regarded as a whole.”

That is, “… the core of holism is to consider problems at the macroscopic level,” in a sense, the opposite of reductionism’s microscopic analyses. 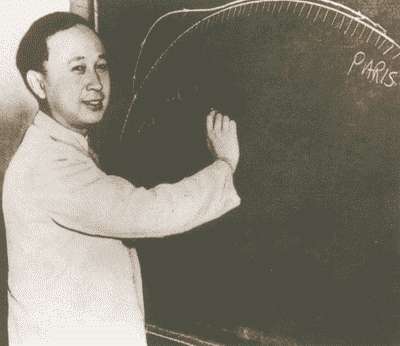 After obtaining a Master of Science degree from MIT, Tsien found a mentor in Theodore von Kármán at Cal Tech. Tsien was involved in the Manhattan Project, developing the atomic bomb. He later went on to expand cybernetics, the interdisciplinary field encompassing control systems, network theory, and neuroscience, as established by Norbert Wiener.

Science Encounters Politics. During the Red Scare of the 1950s, Tsien was confined for five years to Los Angeles County, California. He returned to his native China in 1955 as part of repatriation of American pilots captured during the Korean War.

During Tsien’s Los Angeles County “house arrest,” he continued to have the full support of colleagues, even to Cal Tech appointing an attorney in his defense. After Tsien’s deportation, Dan A. Kimball, Undersecretary of the Navy, commented, “It was the stupidest thing this country ever did. He was no more a Communist that I was, and we forced him to go.”

“The systematology we advocate,” Tsien wrote, “is neither holism nor reductionism, but the dialectical unity of holism and reductionism.”

A copy of Tsien’s 1978 article, “Technology for Organization and Management: Systems Engineering.” Image from The Hsue-Shen Tsien Think Tank.

Tsien’s Heritage. In 1979, Tsien was awarded Cal Tech’s Distinguished Alumni Award for his achievements. He refused to visit the U.S. to accept the honor. American scientist and friend Frank Marble said Tsien had “lost faith in the American government,” though he had “always had very warm feelings for the American people.” Tsien died, age 97, in 2009.

Tomorrow in Part 2, we’ll amplify on Tsien’s systematology and the goals of this philosophy of science. ds