THERE’S A WEALTH of insider stuff published each week in Automotive News. Plus lots of tidbits that are entertaining, even to non car-buffs. Here’s a sampling, in no particular order, with references should you seek more details.

Kim’s Maybachs. International sanctions haven’t kept North Korean leader Kim Jong Un from having quite a fleet of cars, including two Maybach sedans, a Mercedes-Benz SUV, and possibly a Rolls-Royce Phantom. But it isn’t easy. 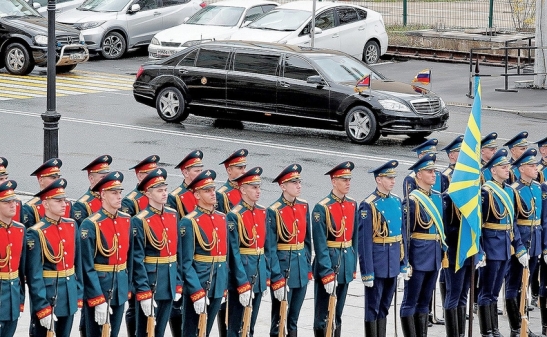 North Korean leader Kim Jong Un showed up in Russia in his Maybach. This and other images from Automotive News.

Automotive News cited, “An investigation by The New York Times and the Center for Advanced Defense Studies details the four-month trip, with stops in at least five countries, taken by two armored Maybach S600 sedans worth $500,000 each. Their meandering journey by road, sea and air began in June 2018 in Rotterdam, Netherlands.”

First buyers are unknown, but the cars arrived in Rotterdam by truck in a sealed container, traveled on four different ships, with ports in China, Japan, South Korea, and then Vladivostok, Russia. From there, they were airlifted to North Korea. According to Automotive News, South Korean authorities later seized the ship that took the cars to Russia “on suspicion of sanctions violations.”

We know about gray-market cars. But red market?

Jaguar’s Tiff with the OED. Having earned 2019 World Car of the Year plaudits for the I-Pace electric Jaguar, the company is not amused reading Oxford Dictionaries’ website. “Car” is defined as “a road vehicle, typically with four wheels, powered by an internal combustion engine and able to carry a small number of people.”

The Jaguar I-Pace electric, 2019 World Car of the Year.

Jaguar also created a social media hashtag #RedefineTheCar.” Not to confuse matters, but Jaguar’s website calls the I-Pace an electric SUV, not a car.

Trump’s North Carolina Achievement. At the Group of 20 meeting in Japan, Trump congratulated Japanese Prime Minister Shinzo Abe for “sending many automobile companies into Michigan and Ohio and Pennsylvania and North Carolina.”

Which state is this anyway?

Oops. As noted by Automotive News, “Automakers have invested billions and hired thousands at plants all over the Southeast, but North Carolina has never managed to attract one.”

Ford’s New Engineering Unit. Automotive enthusiasts understand that, in English units, engine torque is measured in lb.-ft. (not to be confused with ft.-lb., a unit of work and a completely different thing). 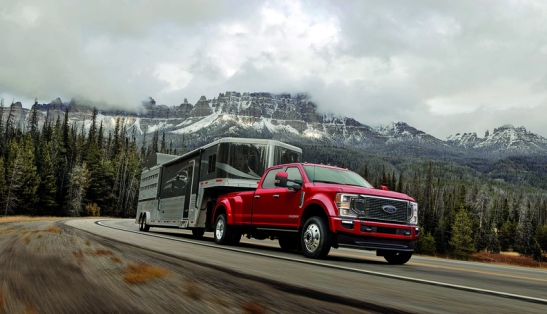 Porsche’s ED Cure. Porsche is understandably proud of its emblem dating back to the Württemberg coat of arms. In fact, reports Automotive News, the company has an in-house team of “brand protection officers” tasked with confiscating more than 200,000 items worth nearly $70 million last year.

A sampling of Porsche logos in less than official places.

This reminds me of Rolls-Royce and its brand protection. Those calling themselves “the Rolls-Royce of …” get stern letters. In fact, this extends to protecting the brand in other ways: One English farmer gained notoriety for transporting his pigs to market in his Rolls-Royce. The company protested, and he responded, “T’was pigs that earned it, and pigs’ll ride in it.”

Maybe so too it was with the Turkish ED pills. ds