I’M IN A postpositive mood today. My topic and the word “redux” in the title are, according to Merriam-Webster, “placed after or at the end of another word.”

In particular, Merriam-Webster defines “redux” as meaning “brought back.” It’s from the Latin, reducere.

Also, redux is one of a few English adjectives that follow the word they modify. That is, they’re used postpositively. Think body politic, heir apparent, and notary public. Or Anthony Trollipe’s Phineas Redux or John Updike’s Rabbit Redux.

Or, as seen in Part 2 tomorrow, my bringing back an article from the September 2017 issue of The Atlantic. 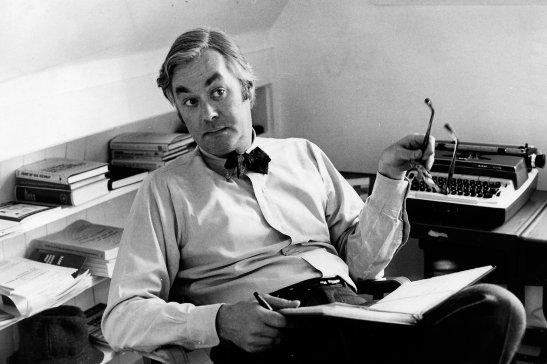 Moynihan earned a Ph.D. in history from Tufts University, worked with New York Governor W. Averell Harriman, and then served as Assistant Secretary of Labor under Presidents Kennedy and Johnson. He was a Democrat, but after a stint as a Harvard professor, in 1969 he was appointed Nixon’s Assistant to the President for Domestic Policy and, later that year, Counselor to the President.

Following this, Moynihan represented New York in the U.S. Senate from 1977 to 2001. In 1989, he received the U.S. Senator John Heinz Award for Greatest Public Service by an Elected or Appointed Official, an award given annually by the Jefferson Awards Foundation. In 2000, President Clinton gave Moynihan a Presidential Medal of Freedom.

Succinctly, Daniel Patrick Moynihan was a statesman. And I can see why Kurt Andersen began his September 2017 article in The Atlantic with Moynihan’s quote.

It was earlier in 2017 that Trump’s Counselor to the President, Kellyanne Conway, conjured up the term “alternative facts.”

This entry was posted on October 14, 2019 by simanaitissays in And Furthermore..., I Usta be an Editor Y'Know and tagged "Merriam-Webster Online" dictionary, Daniel Patrick Moynihan U.S. statesman, postpositive: body politic notary public "Rabbit Redux", postpositive: placed after or at the end of another word, redux: brought back (Latin: reducere).