ARE YOU CONCERNED that facial recognition might become overbearing in its disturbance of your privacy? As suggested yesterday, sorry, folks, that train has already left. Today’s tidbits are gleaned from various sources, all identifying facial recognition as computerized GIGO: Garbage In, Garbage Out.

Chinoy continues, “The technological frontiers being explored by questionable researchers and unscrupulous start-ups recall the discredited pseudosciences of physiognomy and phrenology, which purport to use facial structure and head shape to assess character and mental capacity.”

An 1895 dictionary’s entry on Phrenology.

“In one blog, for example,” Chinoy reports, “a contemporary white nationalist claimed that ‘physiognomy is real’ and ‘needs to come back as a legitimate field of scientific inquiry.’ ”

Loosing Face, Metaphorically. Scientific evidence refutes such recurring nonsense. Nadra Nittle writes in Vox, January 28, 2019, that Amazon’s “… facial analysis technology mistook darker-skinned women for men 31 percent of the time. Compare this to lighter-skinned women, misidentified just 7 percent of the time. And for men of any skin tone, there was virtually no misidentification.”

The MIT/University of Toronto study was downplayed by Amazon, claiming subtleties between facial analysis and facial recognition. Nevertheless, Amazon’s Rekognition algorithms evidently call for improvement, especially so, given that the company has already sold this technology to law enforcement agencies.

Congressional Mugshots. In The New York Times, July 26, 2018, Natasha Singer reported that “Amazon’s Facial Recognition Wrongly Identifies 28 Lawmakers, A.C.L.U. Says.” These errors were revealed “as part of a larger test in which Amazon’s software compared photos of all federal lawmakers against a database of 25,000 publicly available mug shots.” 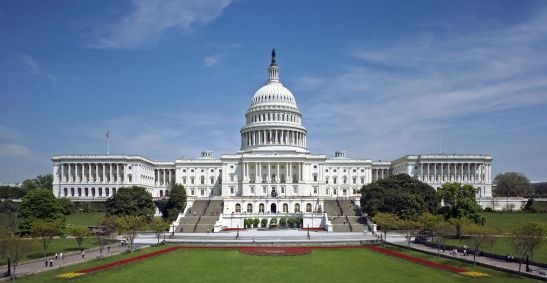 This works out to a 5-percent error rate, but likely enough to incite “Send Them Back” cries from certain factions.

Nabbing Jaywalkers. The People’s Republic of China uses facial recognition as a surveillance tool. Shannon Liao reported in The Verge, November 22, 2018, that the government’s system identified a jaywalking woman as Dong Mingzhu, president of the country’s top air-conditioning company. It turned out that surveillance had caught her image in an ad on the side of a bus.

Would you marry one of these men? Either one?

Not Ready for Prime Time. In a 2018 test, New York state authorities sought to identify road-going terrorists through facial recognition. On April 7, 2019, engadget.com shared a report from The Wall Street Journal on the results of this test conducted on New York City’s Robert F. Kennedy Bridge.

Not only did the test fail. It “failed spectacularly—it couldn’t detect a single face ‘within acceptable parameters.’ ”

“The problem may be inherent to the early state of facial recognition at these speeds,” the report cited. “Facial recognition is already a contentious issue, let alone when it’s being used to peep into cars.”

All the more so, when it’s based on slapdash pseudoscience. ds