FOR A WHILE there, I thought I had completed my Etymology for Our Times series. (Google “SimanaitisSays Etymology” for a sampling.) However, on July 4, the bone-spur-challenged president’s reality TV show reminded me of two more terms: tinhorn and tin-pot.

But no matter. Trump never has been known as an historical stickler.

I was comforted that this Independence Day, July 4, 2019, didn’t turn into a prequel to 2020 presidential campaigning. And, indeed, there were other celebratory aspects.

A Musical Fete. Another meaningful celebration took place at SiriusXM “Symphony Hall.” This satellite radio channel devoted much of its July 4 programming to American music: not just Gershwin, Copland, and Bernstein, but Scott Joplin, Florence Price, and Jennifer Higdon.

Etymology: Tinhorn. Merriam-Webster says in its “tinhorn” definition, “one (such as a gambler) who pretends to have money, ability, or influence.” It’s a relatively new word, with first known usage in 1885.

M-W also offers an amplification for English Language Learners: “US, informal + disapproving: a person who talks and acts like someone who is strong and powerful but who is really weak, unimportant, etc.”

Etymology: Tin-Pot. Merriam-Webster compares “tin-pot” with another bit of slang: “TWO-BIT sense//tin-pot dictators.” It cites 1838 as a first known usage in this regard. 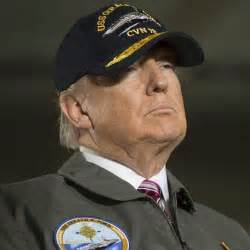 It’s generally recognized, of course, that a “bit” is 12 1/2 cents. Thus, two bits is a quarter, harkening back to an earlier day’s “shave and a haircut—two bits.”

How times have changed.

The OED’s Opinion. The Compact Edition of the Oxford English Dictionary cites plenty of adjectival compound uses for tin: “bucket, can, farthing, flagon,…, whistle.” But no mention of tinhorn.

However, the OED spends considerable microprint on actual pots of tin, finally getting around to “Resembling or suggesting a tin pot in quality or sound; hence contemptuously, without solid worth, of inferior quality, shabby, poor, cheap.”

One of the OED’s citation comes from the Daily News, March 6/7, 1897: “… made a sacrifice to some miserable tin-pot politician.”

Image by Patrick Semansky/AP from npr.com.

Like, for example, parking an Abrams tank next to the Lincoln Memorial, whereas National Parks could have used the money spent on this. ds