THE SILK ROAD was a classic trade route connecting the East and the West. From about 115 B.C. to the 1450s, this trade by land and sea involved China, the Indian subcontinent, the Middle East, and even Southern Europe. Today, according to T. Rowe Price’s Oliver Bell, China’s modern Belt and Road project is “one of the largest overseas investment programs ever undertaken by a single country.”

What with the likes of Marco Polo, there’s fascinating history here. And Oliver Bell puts matters of modern infrastructure in perspective. Here are tidbits from “The Modern Silk Road—What It Means for Frontier Markets,” by Oliver Bell, T. Rowe Price Report, Issue No. 143, Spring 2019. I add my usual Internet sleuthing.

The Classic Silk Road. Marco Polo’s commentaries about China came toward the end of the Silk Road’s influence. Indeed, he wasn’t the first European to reach China (Greeks visited there as early as the third century B.C.). However, Marco Polo left a well-documented chronicle of his travels in Livre des Merveilles du Mode, also known as The Travels of Marco Polo, published around 1300. 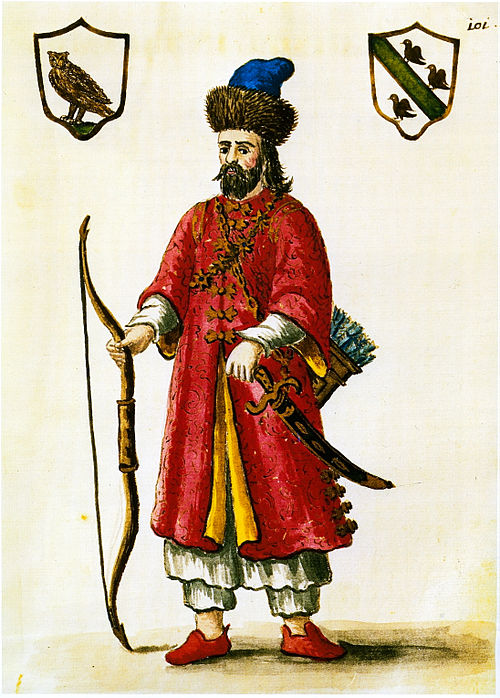 According to Wikipedia, “This book inspired Christopher Columbus and many other travelers…. he also influenced European cartography.…” 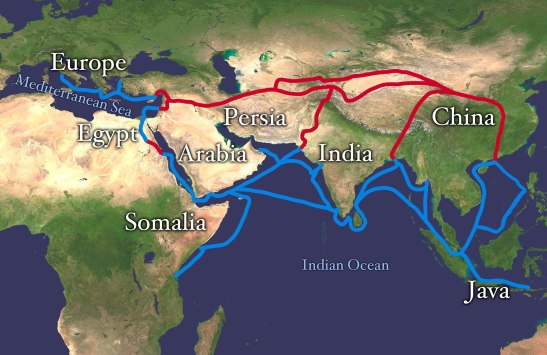 Marco Polo cited many Chinese advances, including paper currency and the burning of coal for heat. Maybe, like me, you’ve heard that he introduced pasta to Italy?

Hold on there. “The Polo Pasta Myth”, a letter “To The Living Section” of The New York Times, December 7, 1988, suggested otherwise: Karen Hess, New York, New York, wrote, “It is true that Marco Polo mentions in his memoirs that in some provinces the Chinese ate ‘macaroni or other sorts of pasta’ (one translation gives lasagne), but he does so casually, as if assuming that his readers know what he is talking about….”

“Many Italian scholars,” Hess continued, “maintain that the ancient Etruscans made pasta, but other scholars propose other theories, and there is no general agreement as to its origin…. It is not impossible that the Chinese invented it, as they did so many other things. If so, however it would have come to Italy centuries earlier as part of the silk trade that had gone on since Roman times at least.”

The Belt and Road Today. In 2013, China’s President Xi Jinping unveiled his country’s Belt and Road project. T. Rowe Price’s Oliver Bell writes, “Critics are quick to point out that the main beneficiary of the BR initiative is China itself, and any benefits for poorer, regional partners will likely pale by comparison…. However, far from being viewed as one-sided, Chinese investment has generally been welcomed by local governments, from Malaysia, Pakistan, and Sri Lanka to as far away as Estonia, Egypt, and Nigeria.” 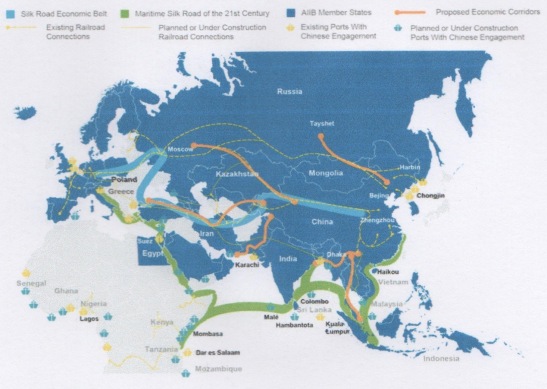 The Importance of Infrastructure. Trade infrastructure is a recurring theme in Bell’s analysis. Kazakhstan, for example, “is set to play a major role as the principal land route through to Europe. Historically, this corridor was rendered largely inaccessible given the difference in railway track gauges that have existed. However, investment support from China has replaced the old rail networks with new, standard-gauge railway links.”

Bell writes, “Opening the China-Pakistan economic corridor—which many consider to be the showcase of the BR project—is expected to involve more than $50 billion in new and upgraded infrastructure, including rail and road networks and power generation facilities.”

Sri Lanka, east of the Indian subcontinent, is seen as important as well. Bell observes, “… it sits off the continental shelf, thus providing access to deepwater ports that can accommodate the world’s largest ships.”

In summary, the new Silk Road is an infrastructure path enhancing connectivity and trade. ds