EVEN MEDIEVAL STUDIES has been caught up in a commentary involving our contentious times. Jennifer Schuessler reports “Medieval Scholars Joust with White Nationalists. And One Another,” in The New York Times, May 5, 2019. 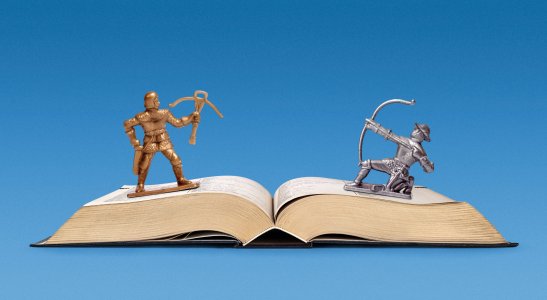 “Medieval Studies always wants to be relevant,” Schuessler quotes Ruth Mazo Karras, a historian at Trinity College, Dublin, and president of the Medieval Academy of America, “But now we’ve become relevant in the wrong way.”

The quandary is at two levels. White supremacists have hijacked medieval imagery and symbolism. And, even among scholars, there is discussion that medieval studies is inherently a white supremacist concept.

Schuessler’s article is an interesting one, and I’m willing to put my dog in this fight as well.

Medieval Studies. Schuessler writes, “The term ‘medieval’ came into use in the 19th century, to refer to Europe roughly between 500 and 1500, between the end of the Roman Empire and the rise of modernity.”

“Today,” she continues, “the field is sprawling and interdisciplinary, and includes historians, literary scholars, art historians, philologists, archaeologists and others. Its boundaries have expanded past its traditional focus on Northwest Europe to include the Mediterranean, Eastern Europe, the Middle East and even, among those advocating a ‘global Middle Ages,’ the entire world.”

“But,” Schuessler writes, “it remains an intellectually conservative field that has largely resisted the waves of critical theory that have washed over much of the humanities in recent decades. It has also been slow to take up the subject of race.”

The Hijacking. Maybe in light of this perceived conservatism, white supremacists, like the Nazis before them, have adopted medieval symbolism. For example, medieval runes were displayed at the 2017 Unite the Right rally in Charlottesville, Virginia.

Charlottesville marchers also hijacked other imagery, including shields from the Knights Templar, a religious military order founded in 1119, recognized by Pope Innocent II in 1139, and suppressed by Pope Clement V in 1312.

Image of Charlottesville’s Unite the Right rally in 2017 by Edu Bayer for The New York Times, May 5, 2019. The flag’s ᛟ is the Anglo-Saxon Futhorc rune meaning “heritage,” “inheritance,” or “inherited estate.”

Meanwhile, in Academe…. Schuessler writes, “Since the 2016 presidential election, scholars have hotly debated the best way to counter the ‘weaponization’ of the Middle Ages by a rising tide of far-right extremists, whether it’s white nationalist marchers in Charlottesville, Virginia, displaying medieval symbols or the white terrorist who murdered 50 people at two mosques in Christchurch, New Zealand, using weapons inscribed with references to the Crusades.”

“And,” she asks, “hanging over it all is an even more fraught question: Does medieval studies have a white supremacy problem of its own?”

She offers nuances in the matter: There are those wishing to “decolonize” medieval studies by confronting what they perceive as structural racism. And, on the other side, those “who see the field as under siege by activists seeking to replace scholarship with ritualistic denunciations of white male privilege pursued with a with-us-or-against-us zeal.” And, “In the middle are the broad mass of medievalists, who may sympathize with one camp or the other, but mostly want to stay out of the fray.”

A Product of Binary Times? Extremists like to think we live in binary times, with strict choices of one or zero, win or lose. They seem not to understand nuances.

As for the academic hassle, I liken it to saying the study of algebra should be treated as Islamic extremism. The word “algebra,” after all, comes from Arabic, al-jabr, literally “reunion of broken parts.” Muhammad ibn Mūsā al-Khwarizmi, Persian mathematician, c. 780–850, also gave us the word “algorithm.” 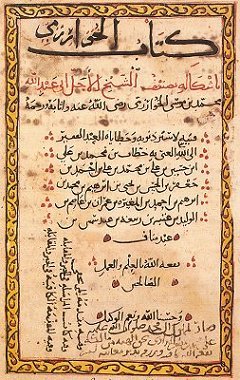 Protect us from zealots, of all sorts. ds