THE FOLLOWING AUTOMOTIVE tidbits aren’t indicative of important trends, compelling gossip, or breakthrough technology. They’re just things I found interesting in recent issues of Automotive News, the weekly journal of the automotive industry. Each one jogged my memory on one thing or another.

Morgan Quattro Passeggeri? The Morgan Motor Company Ltd. had 110 years of family ownership, but it was announced at the Geneva auto show that Italian investment firm Investindustrial has bought a majority share of this classic English producer of sports cars.

Our Four-Passenger Family Tourer, shown on the 1997 Arizona Copperstate 1000, now resides with a family in Long Beach, California.

Benvenuto! Morgan will be in good company: Automotive News, March 11, 2019, writes that Investindustrial also “has stakes in Aston Martin and motorcycle Ducati.”

Do you suppose there’ll be a Ducati desmodromic V-twin option for the Morgan three-wheeler, à la Mercedes-Benz race cars?

“Immobilizer” has a specific meaning in Toyota’s patent. This and the following images from Automotive News.

But there’s a grabber: Should an “illegitimate engine start attempt” be made, the Toyota system also has a tear-gas dispenser.

Peugeot Returns. After a 28-year hiatus, French automaker Peugeot is returning to the U.S. Automotive News, March 3, 2019, writes in a minihistory that Peugeot dates from an 1810 steel foundry producing, among other things, coffee grinders, umbrella frames, and saw blades. 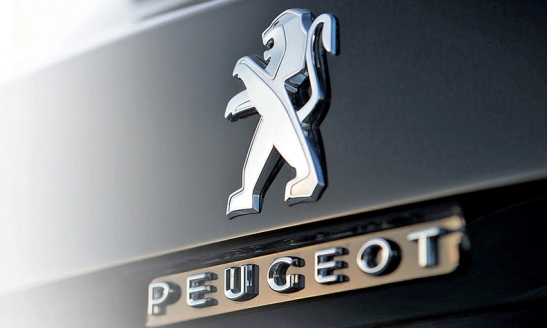 Peugeot’s Lion logo reared up in the mid-19th century on the company’s saw blades. Its first motor car came along in 1889. Another, unheralded in the Automotive News minihistory, was my own brief fame with the marque.

I drove the Peugeot VERA from Detroit to Knoxville at 91.2 mpg—back in 1982. Image from SimanaitisSays.com.

VERA, as in Vehicle Econome de Recherche Appliquée, was a mildly modified Peugeot 305 Turbodiesel. Yet, its aerodynamic and other refinements made VERA what I termed back in 1982 “a wonderful example of incremental engineering.”

Imitation is the Sincerest… Automotive News, April 1, 2019, isn’t fooling when it asks, “Can you spot the major differences?” Automotive News notes, “Neither could the Beijing Chaoyang District Court.”

3 comments on “TIDBITS FROM AUTOMOTIVE NEWS”