ENGLISH CLERGY—ONE, A ROGUE; ANOTHER, A SCIENTIST PART 2

YESTERDAY, WE encountered a real rogue of an English prelate. Today and tomorrow in Parts 2 and 3, we meet another member of the English clergy, one who was honored in naming real estate on the far side of the moon.

My primary source for this dissimilar pair of prelates is Revd Fergus Butler-Gallie’s entertaining book, A Field Guide to the English Clergy: A Compendium of Diverse Eccentrics, Pirates, Prelates and Adventurers; All Anglican, Some Even Practising

. I did my usual Internet sleuthing as well. 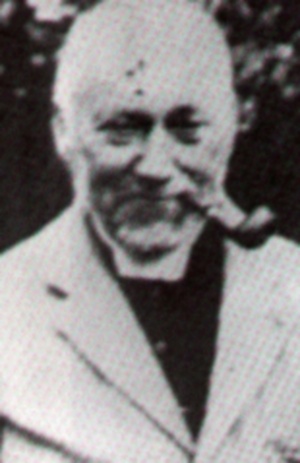 From 1888 until his death in 1934, Espin served as Vicar of the Church of St. Philip and St. James in Tow Law, a small town in County Durham about 260 miles northwest of London. This coal-mining town gets its name from the Old English tot hlaw, lookout mound.

Keith Proud’s “A Star of Tow Law” in The Northern Echo says of the reverend, “First and foremost, his duty was to serve his parishioners, but Thomas Espin was one of those rare people who were ahead of their time…. These interests included musical composition, geology, botany, photography, microscopy, and every aspect of astronomy.”

A Comet Turns Espin’s Vision Upward. Espin attended the elite Haileybury School where he became enamored with astronomy at age 15. It was 1874, the year of Coggia’s Comet. This Great Comet of 1874 could be seen by the naked eye.

While still studying at Haileybury, Espin wrote astronomy articles that were published in the English Mechanic and World of Science, a scientific weekly of the time. By 1878, at age 20, Espin was elected a Fellow of Britain’s Royal Astronomical Society. Later, he was invited to help prepare a revised edition of eminent astronomer T.W. Webb’s Celestial Objects for Common Telescopes, 1894.

Not bad for an amateur astronomer whose primary calling was meeting the spiritual needs of the people of Tow Law, County Durham. Tomorrow in Part 3, Espin’s recognition grows in the astronomical community, he more than dabbles with x-rays, and still finds time to teach his vicarage’s Scouts and Church Lads’ Brigade how to fire rifles and admire tropical fish. ds