THE START-UP COMPANY Rivian intends to beat Detroit at its own money-making game by being the first to build a battery-electric pickup truck. Thus far, pickups have been conventionally internal-combustion-powered, but despite (or maybe because of) their fossil-fueled heritage, these vehicle continue to be the most popular in the U.S.

According to Automotive News, December 10, 2018, full-size pickup trucks are the top three selling vehicles in the U.S. The Ford F-Series continues its long-standing winning ways over other pickups, SUVs, crossovers, and cars of any sort. The Ram pickup displaces the Chevrolet Silverado in its traditional second place. Way down in eighth through tenth places are the top-selling sedans, the Toyota Camry, Honda Accord, and Honda Civic, respectively. 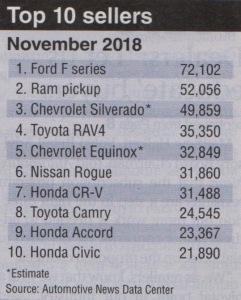 This is good news for automakers because sedans are the least profitable of their products—except, perhaps, the low-volume hybrids, plug-in hybrids, BEVs, and other clean-air varieties.

On the other hand, everyone and their brother are predicting an upsurge in electric vehicle sales within the next decade. T. Rowe Price, for example, says, “An aggregation of third-party forecasts point to EVs accounting for approximately 10-15 percent of sales in 2025,” with one of its specialists thinking “the reality will be the other way around—only 10-15 percent of consumers will want to buy a combustion engine car at that time.” 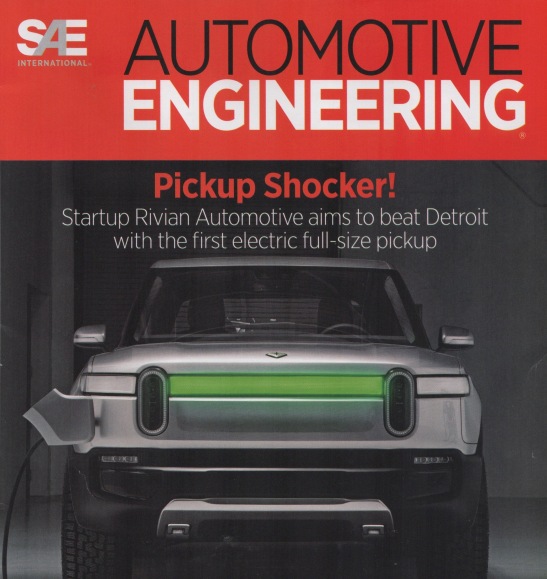 Rivian’s capitalization is said to be comfortable, if not lavish, led by Saudi Arabian automotive distributor Abdul Latif Jameel, with close ties to MIT where company founder R.J. Scaringe earned his Master’s and Ph.D. in mechanical engineering. Rivian, headquartered in Plymouth, Michigan, now has around 560 employees in its three U.S. facilities and an office in the United Kingdom.

Rivian’s manufacturing facility is the former Mitsubishi plant in Normal, Illinois, which it’s said to have acquired for a bargain $16 million. First production Rivian R1Ts are expected during 2020.

Rivian’s battery/chassis structure is a skateboard configuration, atop which different body styles reside. A Rivian R1S SUV is also in the works. This and the following image from SAE Automotive Engineering, January 2019.

R1T prices are expected to be from $69,000 to $90,000 and beyond, depending upon battery choice and other options. Hardly chump change, but not outlandish among top-line full-size pickups these days.

The Rivian’s 155-in. (4.6-ft.) bed length goes against the norm, but, as Visnic notes, “it’s a long-standing industry axiom that few who own pickups put much of anything in the bed.”

Evidently, pickup owners rarely carry 4×8 plywood sheets any more. And, as a Rivian design plus, a built-in rigid tonneau cover for the cargo area opens and closes with the touch of a button.

Missing, you’ll note, is an opportunity to opt for a diesel’s “rolling coal.” Otherwise, however, T. Rowe Price may know something I don’t. ds

2 comments on “PICKING UP THE PACE—BEV-WISE”