HOW DO YOU feel about programmic advertising? At this point I am of two minds, though I’m occasionally creeped-out when my computer or cellphone seems to know what I really, really want. Or it thinks it does. 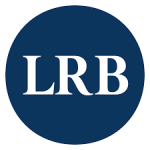 The London Review of Books, December 6, 2018, has a far-reaching article by James Meek, “The Club and the Mob,” a review of Alan Rusbridger’s Breaking News: The Remaking of Journalism and Why It Matters Now.

Breaking News: The Remaking of Journalism and Why It Matters Now,

Rusbridger’s book and Meek’s review discuss various aspects, including print versus online, op-ed versus neutral reporting, the reader’s role, and, of course, the matter of funding: Who pays for journalistic endeavors and how is this wealth exchanged? Here are several tidbits on this last point.

Paywalls have become increasingly common among online media. Meek notes, “Even as early as 1997 some of the big players were making clear they’d have no truck with free news. The Wall Street Journal began making readers pay a subscription for online access—a paywall, as it came to be called. Others were slow to follow, but in the late 2000s and early 2010s, a series of big papers made the leap.”

Here I apologize to SimanaitisSays readers if they encounter a paywall in something I’ve recommended. Some walls have gates, permitting a certain degree of free access per month. Others use the wall as a subscription come-on.

Though I’m hardly a paradigm in this regard, I tend to eschew these come-ons. My own subscriptions evolved before paywall inducements. Do you share my feelings about this?

Advertising is another option for online businesses. We’ve all got used to pitches in the webpage margin, just as we accept printed ads. I confess, online or print, I tend to look past them in the quest for what I’m searching. Perhaps you do likewise?

Programmic Advertising can be beneficial or a bane. Meek quotes Carl Miller, author of The Death of the Gods: The New Global Power Grab

By the way, my book links here to Amazon save me citing details; they give SimanaitisSays readers a means of learning more about the book. Also, if a reader actually buys one, I receive a modest kickback. How modest? It’s totaling a few dollars for the year 2018.

Meek offers fascinating details about programmic advertising: “We also understand that Google and Facebook know more than anyone, perhaps even ourselves, about the particular kind of person we are, in the sense that they know what we look for, what we like and dislike.”

“The actual process by which we get served ads on the Internet is less familiar,” Meek writes. “Broadly speaking, each time you visit a website, more often than not these days on a mobile phone, your signature—or as much of your personal profile as the website can glean—is broadcast to robot ad exchanges around the world, which robotically solicit bids from robot advertisers to put an ad, tailored for you, into a slot on the page you’re looking at.”

“The robot advertisers,” Meek continues, “bid according to how much their algorithms value you as a potential customer of their client’s product. The winning robot bidder’s advert is sent to the exchange, which sends it to the website, which displays it on the page you’re reading. The whole process takes about two hundred milliseconds—quicker, literally, than the blink of an eye.”

This wonderful cartoon from The Wall Street Journal has been in my files for awhile. It’s only peripherally related here, but its robot theme is amusing.

I don’t do programmic ads at SimanaitisSays. But the next time a website thinks you really, really want those sunglasses, that vintage wine, or that river cruise, you’ll recognize a deft robotic hand in it all. ds

This entry was posted on December 28, 2018 by simanaitissays in Sci-Tech and tagged "Breaking News: The Remaking of Journalism and Why It Matters Now" Alan Rusbridger, "The Club and the Mob" James Meek London Review of Books, online paywall, programmic advertising = algorithm-generated robot-delivered.