OSCA IS short for Officine Specializzate Costruzione Automobili—Fratelli Maserati. In business between 1947 and 1967, this Italian automaker fabricated some of the swoopiest, snarliest, and most potent of sports cars. Here are Osca tidbits gleaned from R&T, June 1956 and March 1987; Nick Georgano’s two books, The Complete Encyclopedia of Motorcars: 1885 to the Present,

Dutton and Company, 1970; and The Encyclopedia of Motor Sport,

Viking, 1971; plus my usual Internet sleuthing.

The Maserati Brothers. All told, the fratelli (brothers) Maserati were Carlo, Bindo, Alfieri II, Mario, Ettore, and Ernesto. Carlo, the eldest, died of tuberculosis in his late 20s in 1910. Alfieri II (named for another brother who had died in childhood), Bindo, Ettore, and Ernesto were automobilists who turned in 1926 to manufacturing Maseratis, “Luxury, sports, and style cast in exclusive cars.” Brother Mario chose a career as artist and painter.

Maserati history is usually divided in two, with 1938 being the cusp.

Following Alfieri II’s death in 1932, Ernesto assumed leadership of the company. Then, in 1938, the Orsi industrial group took over Maserati, with Bindo, Ernesto, and Ettore remaining as employees.

In 1947, the three brothers left the Orsi group to form Osca.

Officine Specializzate Costruzione Automobili—Fratelli Maserati was in business between 1947 and 1967.

An R&T Visit in 1956. And, less than a decade after Osca’s formation, in June 1956, R&T’s European Editor Bernard Cahier (father of today’s motorsports photographer Paul-Henri) visited its works in Bologna, Italy.

This and the following captioned images from R&T, June 1956.

Cahier reported on the brothers’ company, “It was not an easy task, but with their immense courage and their natural genius they quickly produced an 1100 sports car which soon established an unprecedented string of victories, including the Mille Miglia and Le Mans.” 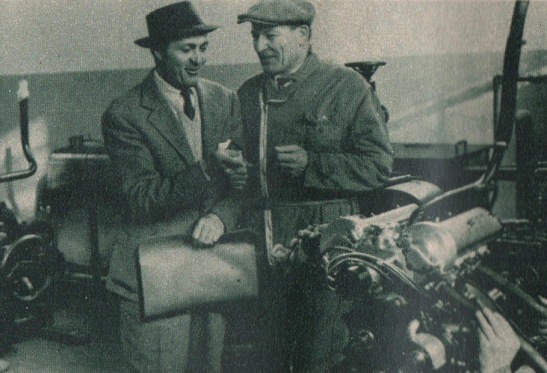 “It is just like a laboratory,” noted Cahier, “and after visiting such a place, one understands better why and how Osca is able to produce such mechanical marvels. At Osca, only some 40 people are working, producing four cars a month. Each one of these 40 persons is, in his own field, an artist for whom his life’s objective is racing mechanicals.” 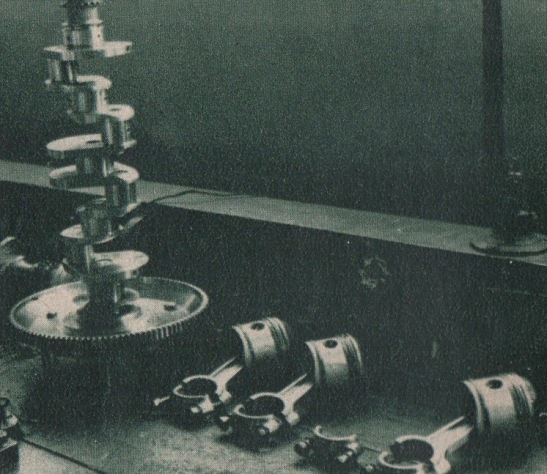 “Gem-like workmanship is evinced on the pistons and crankshaft, the latter, with its five large-diameter bearings, being carefully machined and counterbalanced.”

“I understood this spirit more completely,” Cahier continued, “while watching one of the workers cleaning and polishing a piston. You could tell that he was doing it with all his heart and conscience. I felt great admiration, not only for him but for the piston as well, which when completed could go into a museum of mechanical perfection. It is in these glimpses that you find the secret of the success of Osca, an admirable little firm where complete confidence and simplicity reign.” 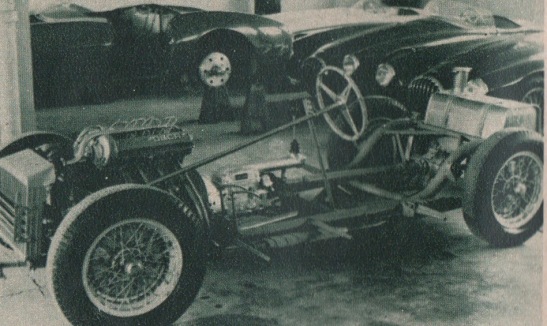 “A 1500 model has been completed, above, except for the mounting of an aluminum body. Below can be seen details of the Osca front suspension, brakes, and radiator.”

This and the following image by Robert T. Devlin from R&T, March 1987.

“The styling,” wrote Devlin and Lynch, “was an exalted version of classic Italian themes… its crisp fender tops were higher than the hood and deck lines, and the car’s distinctive ovoid grille made the statement: OSCA.”

“The MT4s,” Devlin and Lynch noted, “were successful in all sizes in class wins and occasional overall victories: The most notable was the 1954 Sebring 12-hours, won by Stirling Moss and Bill Lloyd in [serial no.] 1137.” 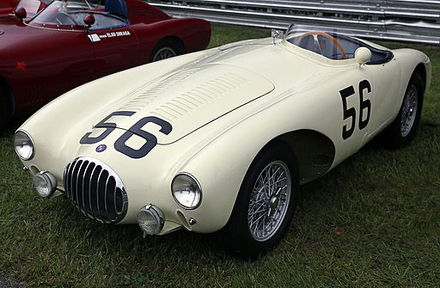 The 1954 Sebring-winning Osca driven by Stirling Moss and Bill Lloyd. Image by Mr.choppers.

The Moss/Lloyd Osca’s win was an overall one, not on handicap (as with the 1950 Sebring’s Crosley Hot Shot index-of-performance victory). A part of the Briggs Cunningham team, the Osca finished five laps ahead of the second-place Lancia D24, a factory entry driven by Porfirio Rubirosa and Gino Valenzano.