SOMETIMES, ADVERTISING works. Other times, there are glorious PR spin-outs. Generally, the latter are more entertaining to read about than the former. A recent BBC News item recounted several spin-outs happening in Russia. I also recall a campaign that worked wonderfully well in Japan.

Shake Hands with the Colonel. Already recounted at SimanaitisSays, the story is worth retelling: Karaage is a Japanese technique of deep-frying, especially popular there with chicken. So, back in 1970, it wasn’t surprising that Kentucky Fried Chicken formed a joint venture with Mitsubishi to open KFC restaurants throughout Japan.

A typical KFC restaurant in Japan. The sign reads Kentakkii. Image from digitaljournal.com

To familiarize the Japanese with American manners, each KFC restaurant has a statue of Colonel Harland Sanders, his hands outstretched in welcome. He’s slightly downsized from real life, all the more approachable, and countless Japanese have had photos “shaking hands with the Colonel,” just like the campaign suggested.

This was PR spin of the finest, most deft sort.

Translated, the initial PR spin read, “The conditions are extremely simple: 1) Make a real tattoo with our logo in a visible place (you can design the tattoo as you like). 2) Post a photo on a social network (Insta, FB or VK) with the hashtag #dominosnavsegda (#dominosforever). 3) On October 31, 2018, we solemnly award certificates to participants! Participants received as many as 100 free pizzas per year for a century.” 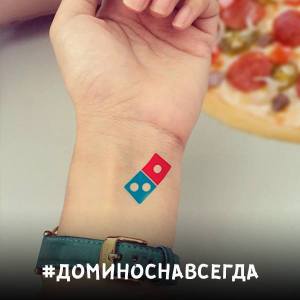 BBC News reports that after hundred of posts appeared on Instagram, Facebook, and the Russian VKontakte, “The pizza chain clarified only ‘the first 350 people’ to post such pictures on social media would receive the free meals, and warned that while the tattoo can be any colour, it must be at least 2 cm (0.79 in.) in length.” 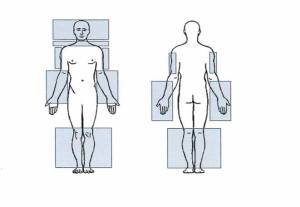 Customer optimism being what it is, tat pics kept flowing in, until Domino’s Pizza called an official halt based on the “first 350 people” clarification.

A little Internet sleuthing reveals another American competitor for fast-food rubles. Indeed, this video suggests that Burger King may have started the tat madness back in 2012. 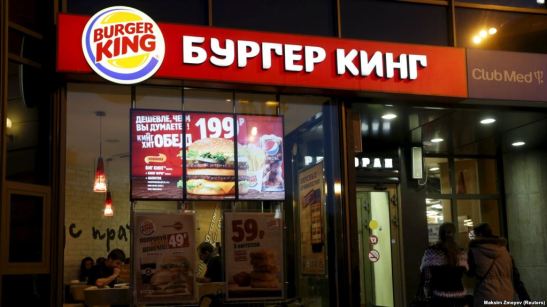 But Wait—There’s More! As reported in Radio Free Europe, June 21, 2018, ”The Russian division of the American fast-food chain Burger King has apologized for offering a lifetime supply of hamburgers to Russian women who get pregnant by World Cup players.… Critics assailed the offer, announced on Burger King’s Russian social-media site, as tasteless and sexist.” 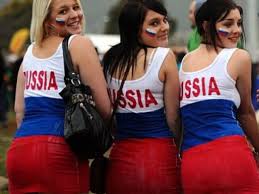 Radio Free Europe continued, “The posting on VK [VKontakte], the Russian equivalent of Facebook, had promised a reward of 3 million rubles ($47,000) and a lifetime supply of free Whopper burgers to women who get ‘the best football genes’ and ‘ensure the success of the Russian team for generations to come.’ ”

“Burger King’s Russian division,” Radio Free Europe observes, “has placed controversial ads on social media more than once. Last year, an online ad made fun of a Russian teenage rape victim, prompting an outpouring of criticism that forced the company to take the ad down.”

2 comments on “PR SPINS AND SPIN-OUTS”