FUEL CELLS ON THE ROAD—AND ALOFT

HERE’S AN update on fuel cells in several applications. These electrochemical devices, relatively new on the road, have produced electricity in extraterrestrial vehicles for decades. Indeed, the Gemini and Apollo programs of the 1960s and early 1970s had alkaline fuel cells, as did the Space Shuttle. The proton-exchange membrane (PEM) fuel cell is more familiar in terrestrial applications such as the Toyota Mirai FCV and other fuel-cell automobiles. 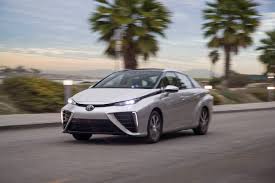 The Toyota Mirai shown here is one of three PEM fuel-cell automobiles currently available in the U.S. market. The Hyundai Tucson Fuel Cell and Honda Clarity are the other two. 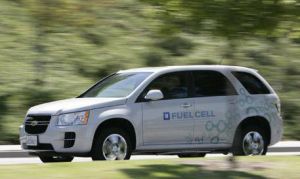 I had a Project Driveway adventure circumnavigating an extended Los Angeles Basin, as reported in R&T, August 2008.

Liebherr-Aerospace Toulouse SAS is part of a German-based conglomerate.

Replacement by fuel-cell APUs could bring enhanced efficiency as well as other benefits: A PEM’s only emissions are heat and the purest of water. The heat could be employed to help maintain cabin temperature; the water could humidify cabin atmosphere and help operate flush toilets.

Still to be developed are needed fuel-cell modifications to meet airline specifications and certification.

GM has also established a defense unit focusing on military applications of its fuel cells. The Chevrolet Colorado ZH2 fuel-cell electric vehicle is a joint project with the U.S. Army.

In 2017, GM also established a joint venture with Honda to produce fuel-cell systems for automotive use beginning around 2020.

The point of these alliances, traditionally automotive and non-traditional, governmental and private, domestic and international, is multi-facted. It spreads development costs, encourages cooperative efforts, and shortens the time frame before such advanced technologies become commonplace to us all. ds