HOLMES AND THE PONTIFF PART 2

WHAT WITH the Vatican’s trove of second-century cameos not exactly qualifying as religious art, Pope Leo XIII was in a fine pickle. Fortunately, Sherlock Holmes had a reputation that extended beyond the Church of England.

My primary source for this whimsy is The World of Sherlock Holmes, by Michael Harrison, Dutton & Co., 1975.

The World of Sherlock Holmes,

By Harrison’s reckoning, almost 40 years later in 1888, the Vatican cameos “came up for auction at Christies, were bought for a large sum by the London art-buying agent of Mr. Pierpont Morgan, the American millionaire, and put on show at Burlington House before going to America.”

I bet the line stretched around Piccadilly twice.

Che Scandalo Pontificio! At the exhibition, Harrison notes, the cameos “were recognized by a poverty-stricken amateur of such things…. It was fortunate that the connoisseur was an ardent Roman Catholic; instead of going to either the newspapers or the police, he went to [Cardinal Edward] Manning…. …and Manning, realizing the explosive nature of the connoisseur’s discovery, reported secretly to Rome and explained matters to Holmes.” 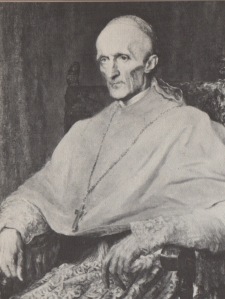 Cardinal Edward Manning, according to Harrison, was “one of the most notable figures of the Victorian Age, equally popular with the Queen as with her voluptuary son….”

Holmes to the Rescue. “The situation called for some delicate handling,” Harrison says. “The Pope had no wish to recover the obscene cameos; he would much rather have the American millionaire’s money….”

It may have been “that little affair” to Holmes, but it was a big deal to Leo XIII.

Leo XIII, Eddy, and Hélène. And, indeed, things got complicated in 1890. Victoria’s grandson, Prince Albert Victor, Duke of Clarence and Avondale, aka Eddy, fell in love with Princess Hélène of Orléans. She reciprocated. 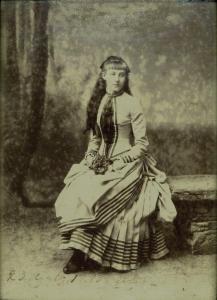 Harrison says Eddy was bisexual. But let’s ignore any rumor about that Cleveland Street homosexual brothel thing. And especially the nonsense that Eddy might have been Jack the Ripper. Geez, he wasn’t even in town at the time.

Nevertheless, there was the problem that Eddy was Church of England and Hélène was Roman Catholic. Maybe Eddy would void his third-place ticket to the crown (after Grandmama and her son/Eddy’s dad Bertie). Or maybe Hélène would convert. The groom-to-be’s side was amenable to the latter; the bride-to-be’s father, rather less so.

Hélène was sent to talk things over with Pope Leo XIII. The pontiff, apparently forgetting Holmes’ recent PR save and possibly still smarting from Henry VIII’s nationalizing the monasteries, nixed the romance.

Queen Victoria was not amused. As for Holmes, so much for papal gratitude.

Other Eddy Currents? After or possibly during this non-nup, Eddy consorted with two Gaiety Theatre girls. Alas, one committed suicide. It’s rumored the other got paid off by the royals.

Did that Gaiety Theatre girl get stiffed or what?

In 1891, Eddy was scheduled to wed Mary of Teck, a granddaughter of England’s King George III. However he died at age 28 on January 14, 1892, six weeks after announcement of the engagement. May, as Mary of Teck was known, survived it all to wed Eddy’s younger brother George, who became George IV (the current Queen’s father).

Somehow, it seems so much more sensible just marrying an American actress.

And what of Hélène? Remember her? She became the Duchess of Aosta in 1895, was cited for bravery as a nurse in World War I, survived the Duke, remarried in 1936, and lived until 1951.

More recent Vatican cameos have appeared on the telly and in a recent Holmes book.

When uttered by TV’s Sherlock, “Vatican cameos” is a code-phrase meaning “battle stations!” A surprising number of people on the Internet don’t recognize the genuine Canonical reference and think it dates from World War II.

Richard T. Ryan’s book The Vatican Cameos: A Sherlock Holmes Adventure puts a slightly different spin on matters: The cameos are still smutty, but created in 1501 by no less than Michelangelo on commission from Pope Alexander VI. He’s one of the Borgia popes. Yes, those Borgias.

Thanking the spirit of Michael Harrison, I delight in where Sherlockian scholarship will lead. ds

This entry was posted on May 17, 2018 by simanaitissays in The Game is Afoot and tagged "Sherlock" TV Benedict Cumberbatch Martin Freeman, "The Vatican Cameos: A SHerlock Holmes Adventure" Richard T. Ryan, "The World of Sherlock Holmes" Michael Harrison, Mary ("May") of Teck wife of George IV, Princess Helene d'Orleans = Duchess of Aosta, Queen Victoria's grandson Eddy (Duke of Clarence and Avondale).