THIS IS A TALE of deception. It involves a collector of English artifacts; his talented, if unscrupulous, son; the greatest of playwrights, William Shakespeare; and a passel of people capable of being duped. 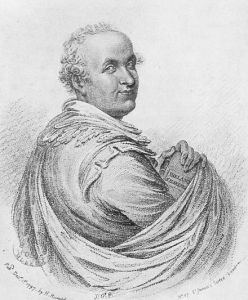 Samuel Ireland enjoyed collecting stuff, things like Oliver Cromwell’s leather jacket and a piece of a cloak once worn by England’s King Charles II. Samuel was a successful publisher of travelogs and, while researching Picturesque Tours of the Upper, or Warwickshire Avon, he became interested in Shakespearean lore.

Samuel’s son, William Henry, had a talent for forgery and a wish to please his father. He began in December 1794 by snipping off a piece of Elizabethan parchment, using special ink to compose a bogus mortgage deed signed by William Shakespeare, and giving the document an aged appearance by treating it over a candle flame.

William Henry gave the phony deed to his father Samuel, who promptly got it authenticated by the Herald’s Office.

Could there be more Shakespearean documents to be “discovered”? 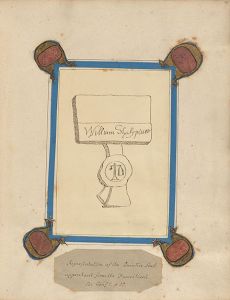 Phony Shakespeare signature by William Henry Ireland, c. 1795. This and the following manuscript image are from the Houghton Library, Harvard University.

A Shakespeare promissory note was next. Then came a treasure trove: a letter from Queen Elizabeth I praising Shakespeare, a Shakespeare confirmation of Protestant faith (quashing the rumor that he was a closet Papist), a love poem to Anna Hatherrewaye, a copy of Kynge Leare, two stray pages from Hamblette—and two new plays, Vortigern and Rowena and Henry II.

The Ireland discoveries became the literary rage of 1795. James Boswell, Samuel Johnson’s pal, kissed these relics. Shakespeare’s profession of faith was proclaimed superior to anything else in the English liturgy. Theater types vied for the privilege of staging Vortigern and Rowena.

True, there were hitches here and there: for instance, a 1590 letter from the Earl of Leicester, who had died in 1588. Maybe it was misdated? Ireland father and son simply tore off the offending portion of the document. In another chronological slip, the Globe earned a place in theater history before it was built.

For variety, William Henry wrote several of the documents with his left hand. When signatures conflicted with existing ones, he invented duplicate people sharing the same name.

Prior to Vortigern and Rowena being performed, William Henry worried that Shakespeare claimants might demand royalty payments. No problem; he concocted a document stating that one of his ancestors, coincidently also named William Henry Ireland, had saved Shakespeare from drowning and the playwright rewarded the ancestor with all the relevant manuscripts.

Vortigern and Rowena opened on April 2, 1796. One of the actors delivered the line, “When this solemn mockery is o’er…,” and the already skeptical audience broke into fits of laughter. This was followed by rebellion and chaos. The curtain came down early, and the play’s opening night was its closing night as well.

Before the year was out, William Henry confessed to the forgeries, first to family and friends. Samuel ignored this and began writing a book intended to destroy scholar Malone’s reputation. William Henry responded by rushing into print a confessional pamphlet. In odd defense of his son, Samuel countered with the claim that William Henry “had not sufficient abilities for the execution of so difficult a task.”

Samuel died in 1800. William Henry’s book Confessions was published in 1805; he died in 1835. Neither suffered any consequences of the forgeries, apart from embarrassment and having the bottom drop out of their document exhibition business. As late as 1888, there were those who blamed the father for the forgeries and the son for merely issuing a series of lies.

Moving more or less up to date, in 2004 English biographer, novelist and critic Peter Ackroyd gave a fictionalized account of the Ireland forgeries in his book, The Lambs of London. The Lambs of his title are English essayist Charles and his sister Mary, authors of the charming children’s book Tales from Shakespeare, originally published in 1807 with many subsequent editions. 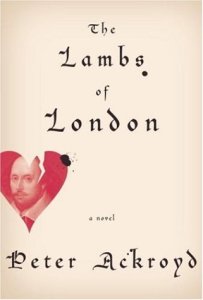 The Lambs of London,

Ackroyd’s novel weaves a tale of William Henry Ireland interacting with these literary siblings, including Mary falling for the forger.

Over the years, the Irelands’ skulduggery has been complicated by forgeries of the forgeries. Today, though, the authentic Ireland forgery collection resides in Harvard’s Houghton Library, Cambridge, Massachusetts. 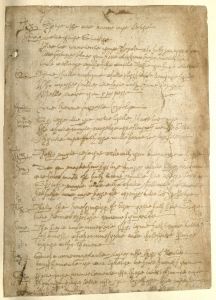 A sheet of the forged Kynge Leare.

It’s comforting to know that the phony Bard has a good home. ds

2 comments on “A PHONY BARD”

This entry was posted on March 29, 2017 by simanaitissays in I Usta be an Editor Y'Know and tagged "Tales from Shakespeare" Charles and Mary Lamb, "The Lambs of London" Peter Ackroyd, Ireland Forgeries, Samuel Ireland, Shakespeare forgeries, William Henry Ireland.