TA-DA! EVEN for relatively unmusical sorts such as me, ta-da signals a revelation of some sort. It’s just one form of interstitial music, music that bridges a gap between two events in some meaningful way.

This reminds me of a game played on the British radio program My Music. The moderator would rap out a brief musical passage on a cigar box. Frank Muir, Denis Norden and two other panelists had to identify the composition. 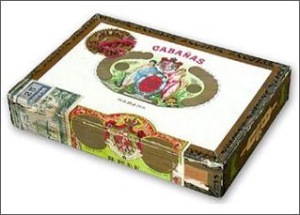 The challenges were occasionally obscure, but here are three that may be familiar. (Answers below.)

Back to interstitials. Greg Bell is moderator at the Radio Classics channel of SiriusXM satellite radio. He intersperses his old-time-radio introductions with interesting tidbits. For instance, there were audio libraries of brief musical bits. Each passage was cataloged by intent, depending upon what came before or after this musical bridge: Examples might have included pre- or post-horror, puzzlement, relief, revelation, celebration or closure.

What’s more, in the old days these musical bits were recycled from program to program, network to network. Today, it’s fun to recognize Insurance Investigator Johnny Dollar getting from one point to another with the same musical bridge as Texas Ranger Jayce Pearson.

Other programs, like Broadway Is My Beat, were so strongly atmospheric of particular locales that their interstitial bits were unique to the show. This NYC cop drama also used the old standard I’ll Take Manhattan as its opening theme.

Dragnet also had dedicated musical interstitials, many of them composed by Walter Schumann. The famous opening theme (did you recognize it above?) has a close relationship with composer Miklos Rozsa’s score for the 1946 movie, The Killers.

The intricacy of classical music development often precluded its use as interstitial bits. On the other hand, a snippet of Bach’s Toccata and Fugue in D Minor would make a great organ bridge of dramatic foreboding, wouldn’t it? 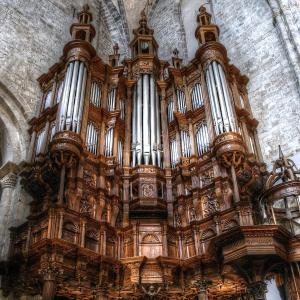 In fact, the old-time-radio program, Romance of the Ranchos, made frequent use of classical themes. I’ve recognized several bits of Bizet’s Carmen in this program’s tales of southern California history.

Other classical bits, as familiar as they may be, seem difficult to image as radio interstitials. What about the rousing first four notes of Beethoven’s Fifth Symphony? (This was the second cigar-box rap above.)

The third rhythmic pattern above is decidedly non-classical. “Shave and a haircut, two bits.” ds