SCIENCE AND THE CITY

A NEW BOOK, Science and the City: The Mechanics Behind Metropolis is a must-read. A book review titled “Street Smart,” by Sybil Derrible, is in the latest Science, October 21, 2016, published by the American Association for the Advancement of Science.

Science and the City: The Mechanics Behind the Metropolis

Here are several tidbits gleaned from the Science review.

Laurie Winkless is a physicist by training, and she writes of everything from the realm of atoms to the macro mechanics of the book’s subtitle. For instance, when describing Burj Khalifa (2722 ft.), currently the world’s tallest building, she explains how a study of wind loads and locale changed the skyscraper’s design. Initially, its designed steplike recessions were arranged in counter-clockwise fashion. Modeling and wind-tunnel testing revealed greater stability with the steps winding clockwise. 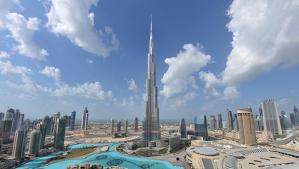 Concrete for the 160-story Burj Khalifa in Dubai was pumped as a liquid from ground level to facilitate efficiency of the building’s construction. Image from Boon Edam.

In describing the tradeoffs of traditional and renewable power, Winkless identifies the major challenge: electrical storage. She writes about battery basics as well as the latest technologies.

One of her historical tidbits describes the “War of Currents,” electricity of alternating current versus direct current. At the end of the 19th century, Thomas Edison and General Electric promoted DC power generation and distribution. Nicola Tesla and George Westinghouse preferred AC. Writing with a lightness not always evident in scientific prose, Winkless says, “Long ago, I lost my heart to a charismatic Serbian engineer.” 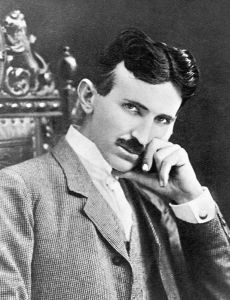 Today, our electricity is predominately AC. On the other hand, computers, LEDs, solar cells and electric vehicles run on DC power.

Winkless also discusses how sensors and Big Data are having profound effect on cities. “At first glance,” she says, “today’s cities haven’t changed all that much in the last 50 years. If we dig a bit deeper, though, we’ll see that the city’s DNA has been subtly but irreversibly altered, and it’s mainly down to our love of data.” High-frequency trading of stocks and GPS routing of travelers are two examples.

On a not unrelated note, at the moment I’m reading Dave Eggers‘ The Circle. It’s a wonderful, yet terrifying novel of Big Data and complete transparency gone whacko. What excellent counterpoint to the overall optimism of Science and the City.

No wonder there’s always more than one book on my bedstand. ds

This entry was posted on October 29, 2016 by simanaitissays in Sci-Tech and tagged "Science and the City" Laurie Winkless, "Street Smart" Sybil Terrible AAAS Science, "The Circle" Dave Eggers, Burj Khalifa, War of Currency Edison vs Tesla.