THE LRB ON BREXIT

THE BREXIT REFERENDUM asked voters in the United Kingdom whether to Remain in or Leave the European Union, and “Leave” gathered more votes. But, as described in essays in the London Review of Books, July 14, 2016, there’s nothing straightforward in this outcome. Many of Brexit’s consequences are embedded in Anglo-European matters that are mysterious to me, but the essays are also rich in tidbits that I share here.

David Runciman, head of the politics department at Cambridge, notes, “the margin between the two sides–3.8 percent–was roughly the same as the margin by which Obama defeated Romney in the 2012 presidential election (3.9 percent)…. Plus, turnout for the referendum, at 72.2 percent, was nearly 18 percent higher than in the last presidential election.”

We Americans should squirm in embarrassment.

On Brexit, Runciman notes, “It was the wrong question, put at the wrong time, in the wrong way. And that’s the fault of the politicians.”

Neal Ascherson, author and the Observer’s Bonn, Germany, correspondent from 1963 to 1966, writes, “This is the third time the island has given notice to Europe.” His first example was in the year 286, when Mausaeus Carausius proclaimed himself emperor, beating off Rome with a pledge “Restitutor Britanniae” (loosely, “take back our Britain”). He was murdered by his chancellor of the exchequer in 293, and folks returned to Roman rule. 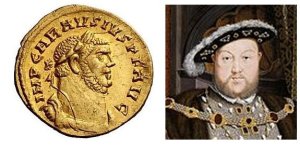 Ascherson’s second example was when Henry VIII broke with “faceless cardinals and unelected popes.” He observes, “The Battle of Brexit came about … for reasons that the War of the Roses came about: a power vendetta within a tiny group of privileged men, which they managed to spread beyond their own followers to huge numbers of discontented subjects as if it were their own quarrel.”

Several essayists wrote about economic insecurity. Dawn Foster’s LRB bio (self-supplied) reads she’s “writing a cultural history of the dole.” In her LRB essay, she shares an insight into Amazon employment practices in Wales. Warehouse workers there are offered day hires, “zero-hours contracts” through text messages sent too late to catch the first bus. “Rather than risk losing the work,” Foster writes, “several locals slept in the bus shelter the night before on the off-chance they would be needed.”

James Butler, an editor at Novara Media, describes how xenophobia feeds on economic insecurity. He cites “graffiti on a Polish centre in Hammersmith and a petrol-bombed Halal butcher’s in Walsall.” Immigration, whether from within or outside the EU, is a complex issue.

Susan Pedersen is an author who writes, “I’m an American (sort of)….” She observes that “Referendums are a terrible way to conduct foreign policy. I admire Angela Merkel’s willingness to promise asylum to a million Syrians, but I’m glad she wasn’t stupid enough to submit that promise to a popular referendum.”

Jonathan Coe, recently made an Officier in the Ordre des Arts et des Lettres, tells of a cover illustration on Charlie Hebdo, the French satirical magazine: It shows “a bowler-hatted gent sitting on the loo, legs akimbo, pants round his ankles, reading the Sun, ensconsed in a tiny wooden khazi on a tiny desert island, with the caption ‘Les Anglais enfin maitres chez eux.‘ [‘The English master finally home.’] It seems a brutally fair portrait of the nation we have revealed ourselves to be.”

Daniel Trilling, editor of the New Humanist, observes that “Two destructive myths now circulate in British public life. One is that the ‘white working class’ is an endangered species that needs to be pandered to by politicians of left and right. The other is that Brexit was the fault of a stupid and racist underclass who should be put back in their box as soon as possible. Neither does justice to the complexity of British society….”

And we Americans think we have challenges. ds

3 comments on “THE LRB ON BREXIT”