SO THERE I WAS this past weekend, enjoying Mobil 1 Radio Le Mans. Initially, I used the Internet to listen to these engaging and knowledgeable Brits reporting from the circuit’s Ford Chicane and pits.

Back when I attended the Le Mans 24-hour endurance race, having an earphone plugged into 91.2 FM was de rigueur for keeping up with the action. It was also great fun to hear the commentators get increasingly looser—and funnier—in their commentary over the 24 hours.

I suspect they liked the Grand Marnier crèpes as much as I did.

Here in 2016, I swapped Internet streaming for SiriusXM when the guys mentioned this satellite link. Radio Le Mans provided super listening, along with my usual XM fare of Radio Classics, Metropolitan Opera Radio, Symphony Hall and The 50s on 5.

Sort of half-awake in bed at 2 a.m., 11 a.m. Le Mans time, I remembered that Fox Sports was carrying the race live on TV. Fortunately Wife Dottie is a light sleeper (and a Saint). I asked and she deftly punched the remote to bring up live in-car action of a Porsche 919 Hybrid blasting/whirring down Ligne Droite des Hunaudières and its modern-day artificial chicanes.

I watched for a while, but you can’t zap through live commercials and I set the alarm for 5:00 a.m. I figured I’d listen to Radio Le Mans in half-slumber, then watch the last hour of the race on TV.

Ha! The DirecTV listing showed Auto Racing to 6 a.m., but in fact Fox Sports 1 had a promo for the 2016 U.S. Open Golf Championship. A promo for golf?!?

I went back to SiriusXM Radio Le Mans for its high-drama conclusion: There was a controversial black-flagging of the Ferrari 488 GTE splitting the Ford GTs dominance of the LMGTE-Pro category. And the leading Toyota Hybrid failed in the last 3 minutes of the race.

Perhaps you know about the famed Heidi Game? It’s a great story worth the retelling. 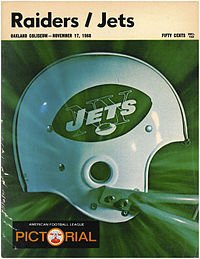 On November 17, 1968, the Oakland Raiders played the visiting New York Jets in California. The Jets were ahead by 3, then amazingly Oakland scored two touchdowns in the final minute of the game to win 43 – 32.

However, Jets fans watching in the eastern U.S. didn’t see this. Promptly at 7 p.m., NBC broke away from its coverage of the game in eastern markets to broadcast Heidi, a made-for-TV film. 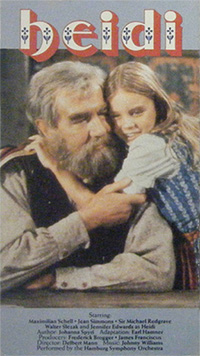 It’s said angry phone calls blew 26 fuses on the NBC switchboard. The debacle made David Brinkley’s NBC News the next day; see a YouTube item on this. And, in celebrating the 10,000th National Football League game in 1997, the Heidi Game was voted the most memorable regular season game in pro football history. ds

7 comments on “FOX DOES HEIDI”

This entry was posted on June 20, 2016 by simanaitissays in Driving it Today and tagged "Heidi" NFL game, Fox Sports 1 golf versus Le Mans.