AND THEN HOLMES SAID…. OR DID HE?

THERE ARE lots of memorable utterances of Sherlock Holmes, and a goodly number of other ones attributed to this world’s greatest consulting detective—but incorrectly.

Here’s a sampling from each category.

“The game is afoot.” Holmes actually said this. At the beginning of “The Adventure of the Abbey Grange,” he awakens Watson by saying, “Come, Watson, come. The game is afoot. Not a word! Into your clothes and come!”

Holmes cribbed “the game is afoot” from no less than William Shakespeare. In The First Part of Henry the Fourth, Henry Percy the Earl of Northumberland tells his son Hotspur, “Before the game is afoot, thou still let’st slip.”

Later, in King Henry the Fifth, the king rouses his troops with the immortal words, “Once more unto the breach, dear friends… the game’s afoot: Follow your spirit, and upon this charge cry ‘God for Harry, England, and Saint George!’ ”

I chose “The Game is Afoot” as the name for the SimanaitisSays category devoted to Sherlockiana in the broadest sense, concerning the Canonically real Holmes as well as fictional detectives, Kumedera Donjō, Sam Spade and Paul Temple among them.

“Elementary, my dear Watson.” Nope. Holmes never said this; well, not exactly. In “The Adventure of the Crooked Man,” Watson does relate the following conversation: “ ‘Excellent!’ I cried. ‘Elementary,’ he said.”

Close, but no Trichinopoly cigar.

The phrase, “Elementary, my dear Watson,” comes from the 1929 movie, The Return of Sherlock Holmes. Following The Jazz Singer by only two years, this flick justifiably hyped “A Paramount ALL TALKING Picture.”

“Quick, Watson, the needle.” Admittedly, Holmes was something of a cokehead. But he never used this phrase in expressing his boredom with a temporarily law-abiding London.

We can blame this misquote on Hollywood too. In the 1939 Hound of the Baskervilles, Holmes portrayer Basil Rathbone came close to originating the quote with “Oh, Watson, the needle!” 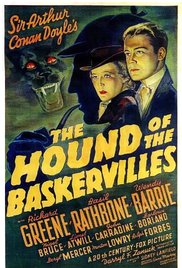 In “The Sign of the Four,” Watson offers the following exchange: “Which is it today, morphine or cocaine?”

Holmes responds, “It is cocaine, a seven-per-cent. solution. Would you care to try it?”

Before you think of Holmes as the Baker Street pusher, be aware that such drugs had yet to become anathema in the late 19th Century. What’s more, a solution of seven percent was not a particularly potent one. In 1907, the British Pharmaceutical Codex defined a standard injecto Cocainæ Hypodermica  at 10.0 percent.

“When you have eliminated the impossible, whatever remains, however improbable, must be the truth.”  This excellent advice of sleuthing is pure Holmes, from “The Sign of the Four.” It is fundamental to his exemplary use of deduction, quite distinct from his knowledge of the classic sciences.

Early on, in “A Study in Scarlet,” Holmes says to Watson, “You say that we go round the sun. If we went round the moon it would not make a pennyworth of difference to me or to my work.”

“From a drop of water, a logician could infer the possibility of an Atlantic or a Niagara without having seen or heard of one or the other.” During “A Study in Scarlet,” Watson objects to this claim appearing in a magazine he’s reading.

Slapping the magazine down on the table, Watson cries, “What ineffable twaddle! I would lay a thousand to one against him.”

“You would lose your money,” Sherlock Homes remarks calmly. “As for the article I wrote it myself.”

So, in a sense, Holmes did come up with this one. ds

This entry was posted on May 10, 2016 by simanaitissays in The Game is Afoot and tagged British Pharmaceutical Codex 1907, Henry IV Part 1, Henry V, Shakespeare, Sherlock Holmes quotes and misquotes, The Game is Afoot.