LULUS ON MY MIND

I SEEM to be encountering an inordinate number of Lulus in my life. SiriusXM “Radio Classics” just broadcast “Too Many Crooks,” a segment of Orson Welles’ The Lives of Harry Lime series. There’s Lulu, Scottish songstress of “Boom Bang-a-Bang” BBC notoriety. On Saturday, November 21, Daughter Suz and I will go to the Met Live in HD’s matinee of Alban Berg’s opera Lulu. And, of course, those of us of a certain age remember the Little Lulu comic strip.

This calls for a little research.

To start with Merriam-Webster, lulu is defined as one that is remarkable or wonderful, first known use 1886. Believe me, this barely scratches the surface. 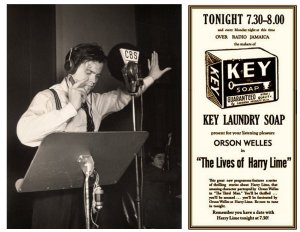 Lulu is a main character in “Too Many Crooks,” the August 3, 1951, inaugural episode of Orson Welles’ radio series The Lives of Harry Lime. Unlike the sleezy noir character in The Third Man movie, 1949, the radio Harry is a likeable rogue who, more often than not, gets the short end of his scams.

In “Too Many Crooks,” an old flame, Lulu aka Lily, is setting up a Budapest tunnel-into-bank-vault heist abetted by the bank’s unscrupulous manager, his equally shady assistant and the three infamous Corelli brothers. Lulu enlists Harry’s help in bamboozling these other five and…. She’s a lulu.

Lulu the Scottish songstress is known for her pop, pop rock and blue-eyed soul. She’s also a 67-year-old dish.

Back in 1969, Lulu represented the U.K. in the Eurovision Song Contest (a major deal) with her “Boom Bang-a-Bang.” In not atypical Euro fashion, the song tied for first with three others, one each from France, the Netherlands and Spain.

With rare artistic candor, Lulu said, “I know it’s a rotten song, but I won, so who cares? I’d have sung ‘Baa, Baa, Black Sheep’ standing on my head if that’s what it took to win…. I am just so glad I didn’t finish second like all the other Brits before me; that would have been awful.”

Lulu also won the British Rear of the Year award in 1983. I told you she’s a dish.

In 1991, “Boom Bang-a-Bang” was included on the BBC’s list of banned songs considered unsuitable for broadcasting on its radio and TV stations.

Come on, Auntie Beeb! Chill out. It’s Lulu’s heart that’s going “boom bang-a-bang.” And, while you’re at it, Auntie, check out the etymology of “Chitty Chitty Bang Bang.”

By contrast, Alban Berg’s opera Lulu is a real lulu. As described in the Metropolitan Opera’s synopsis, she’s “a young woman who sexually and emotionally dominates a wide range of willing victims, both male and female.” 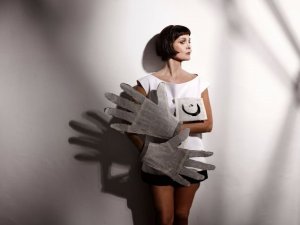 Berg composed Lulu in the early 1930s following avant garde 12-tone techniques developed by Austrian composer Arnold Schoenberg. Briefly, I understand that a 12-tone musical statement must use all of the chromatic scale’s 12 tones in a rigorously balanced manner. For an entertaining and erudite description of the technique, see Vi Hart’s “Twelve Tones.”

Lulu’s structural patterns, even its characters, embody palindromes in musicological mathematics. Almost 80 years after its premiere, the opera remains musically challenging as well as harrowing in theme. I won’t spill the beans, but Jack the Ripper is a character.

To conclude on a change of pace that’s emphatically a lulu, there’s Little Lulu.

Little Lulu, appearing in The Saturday Evening Post from 1935 through 1944. This and the following image from Michele’s World.

The Little Lulu comic strip was created in 1935 by Marjorie Henderson Buell, who worked under the pen name Marge. She chose the character because “a girl could get away with more fresh stunts that in a boy would seem boorish.”

Marge marketed Little Lulu through the 1940s and, rare for the time, retained its rights thereafter. Others continued, with Lulu being the first mascot for Kleenex tissues.

Marge Buell certainly had a lulu of an idea. ds

2 comments on “LULUS ON MY MIND”