A WONDERFUL poster came my way through Facebook car/aviation colleague Tom Heitzman. The Lake Aero Corporation of Bridgeport, Connecticut, proposed an ambitious plan to fly around the world—in 1920.

Lake claimed it offered an “Inherently Stable and only Safe Airplane in the World.” The graphic proclaimed, “At one hundred and eighty miles per hour. Time 6 days by relays in 1920.”

World Encyclopedia of Aircraft Manufacturers: From the Pioneers to the Present Day(2nd Edition), by Bill Gunston, Patrick Stephens Limited, 1993.

Bill Gunston’s World Encyclopedia of Aircraft Manufacturers lists a Lake Aircraft Corp., but it was formed in 1959 to market the Skimmer IV amphibian. There was a Lakes Flying Co., 1911, in England. 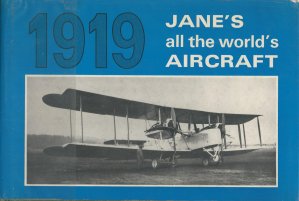 Jane’s All the World’s Aircraft 1919, by Fred T. Jane, a reprint edited and compiled by C.G. Grey, Arco Publishing, 1969. For more on this authoritative series, see http://wp.me/p2ETap-2mC.

Tom Heitzman cites the Lake Submarine. And, indeed, Simon Lake established the Lake Torpedo Boat Company in Bridgeport, Connecticut, in 1911. Lake is remembered as an American pioneer in submarine research, development and production. 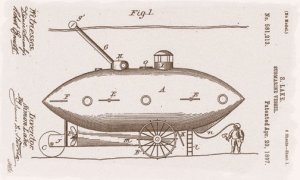 The U.S. Navy named a class of submarine tenders, the Simon Lake class, in his honor. The USS Simon Lake was in service from 1964 to 1999. Simon Lake’s life and legacy are interesting. However, there’s no record of his having expanded his ambitions from undersea into the air.

The Lake Aero inherently stable, safe airplane appears to be a wonderful bit of advertising whimsy. What’s more, its poster’s claim of a 180-mph, six-day circumnavigation of the world has some arithmetic legitimacy, but not much else.

The Earth has an average circumference of 24,901 miles. This in itself is an interesting value, with a rich history of computations in its estimation. A favorite of mine comes from Nobel-prize-winning physicist Enrico Fermi: You pass through three time zones in traveling from New York to Los Angeles, each about 1000 miles in width. With 24 hours in a day, there must be 24 times zones around the world. Ergo, 24 time zones x 1000 miles per time zone yields 24,000 miles around the world.

Alas, this assumes the relay flight would travel the route of a great circle, also known as an orthodrome or Riemannian circle (named for 19th century mathematician Bernhard Riemann, father of Riemannian geometry helpful in Einstein’s General Relativity, but that’s another story).

A great circle is the intersection of a sphere and a plane that passes through the sphere’s center. It describes the shortest path between any two points on the Earth’s surface (and also explains why Lindbergh’s New York/Paris flight passed over Newfoundland, Canada). 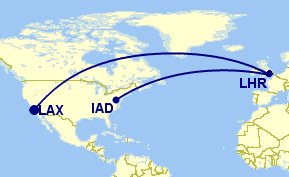 When the Douglas World Cruisers first flew around the world in 1924, their total flight distance was 26,345 miles. 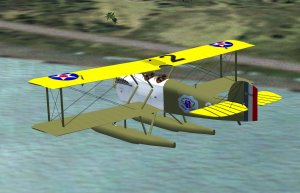 What with one thing and another, including a Calcutta hitchhiker and a Saigon bordello, the World Cruisers’ trip took a total of 175 days. Their flight time averaged 71 mph.

This was just a tad less than the 75-mph top speed of a Curtiss JN-4 Jenny. Which looks sort of like the Lake Aero poster’s circumnavigating aircraft, don’t you agree?

All in good advertising fun. ds

This entry was posted on January 22, 2015 by simanaitissays in Vintage Aero and tagged Douglas World Cruisers 1924, great-circle air routes, Janes All the World's Aircraft 1919, Lake Aero Around the World 1920?, Simon Lake submarine, World Encyclopedia of Aircraft Manufacturers by Bill Gunston.