I FIND comfort in fixed point theorems. Briefly, these mathematical verities say that, under certain conditions, some things don’t change: They are fixed. A comforting thought.

The more general the conditions, the more startling this statement.

For instance, take two sheets of paper, one atop the other. Crumple the top sheet in any way possible (short of outright tearing it) and toss it back on the lower paper.

Fact: There is at least one point of the crumpled sheet that remains precisely atop the corresponding point on the lower sheet. In a sense, regardless of the crumpling, this point hasn’t moved. 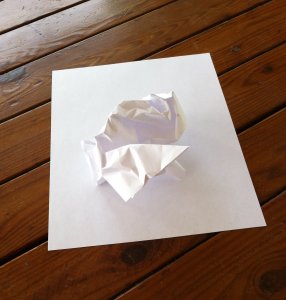 Said in mathematical terms, this is Brouwer’s Fixed Point Theorem: a continuous mapping of a compact convex set onto itself has a fixed point. 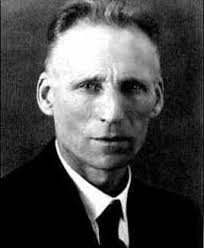 What about these other requirements of Brouwer’s Fixed Point Theorem, compactness and convexity?

Without getting into complexities of definition, an infinitely large piece of paper is evidently not compact. And, as counterexample, if an infinite top sheet is nudged over an inch, it’s still atop the infinite lower one, yet all hopes are off for finding a fixed point.

And convexity? Loosely (sorry, Merriam-Webster), a convex shape is curved or rounded outward like the exterior of a sphere or circle.

A torus (or doughnut) is not convex. And, sure enough, if the doughnut is rotated, it gins up a continuous mapping onto itself without preserving any fixed point. 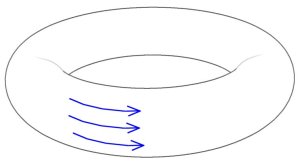 Thus, Brouwer’s Fixed Point Theory applies to a whole bunch of things. For instance, take a map of your city and drop it anywhere in town. There’s some point on the map lying precisely over the point it represents.

Here’s another variation: It’s impossible to comb a coconut’s fuzz without creating a cowlick, without having at least one strand sticking out.

A coconut’s fuzz is mathematically akin to a vector field. Each hair on its surface has some length and that length points in a given direction. Any combing is a continuous mapping of this vector field. And Brouwer proved that any such mapping has a fixed point; it’s the cowlick.

This implication of Brouwer’s Fixed Point Theorem is known as the Hairy Ball Theorem, a charming video of which can be seen at http://goo.gl/4nUVU4.

Three examples of the Hairy Ball Theorem. The theorem guarantees at least one fixed point; there may be more. Image from The Princeton Companion to Mathematics, edited by Timothy Gowers, June Barrow-Green & Imre Leader associate editors, Princeton University Press, 2008.

Another example of the Hairy Ball Theorem is meteorological. Any wind map of Earth is a vector field which, according to the Hairy Ball result, will always have a fixed point, an eye of a cyclone.

A related result is the Ham and Cheese Sandwich Theorem: Regardless of how it’s constructed, any sandwich of ham, cheese and bread can be sliced exactly in half—in one straight cut.

Restated, given any three blobs of anything, there exists at least one plane bisecting the three precisely.

And, also, be aware that these theorems are all examples of existence proofs. They don’t show how the particular result can be found, but rather that it does exist.

This reminds me of a parable: An engineer inadvertently sets his wastebasket ablaze, grabs a nearby fire extinguisher, puts out the fire and goes on with his work.

A mathematician is confronted with the same problem. He looks at the fire and then the fire extinguisher. Recognizing the existence of a solution, he confidently returns to what he was doing. ds

6 comments on “COMBED COCONUTS HAVE COWLICKS”