A TRIO OF COOKBOOKS

I’VE BEEN accumulating cookbooks since the early 1960s. Three of them surfaced recently as I looked up recipes. Talk about a diverse trio of cookbook authors! A black chef from Detroit, a boarding house owner from Savannah and an ex-Mafioso. 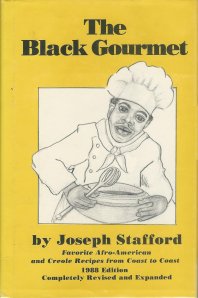 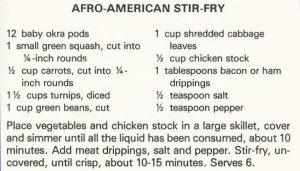 This one takes traditional Afro-American ingredients, okra, turnips and bacon drippings, and cooks them Chinese-style. (A wok is perfect for this). The recipe is also good adding other diced veggies, especially of the root variety, or meat. 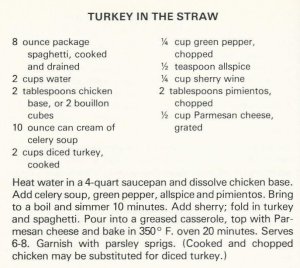 There’s nothing particularly ethnic about Turkey in the Straw casserole. But it’s quick, easy and tasty. 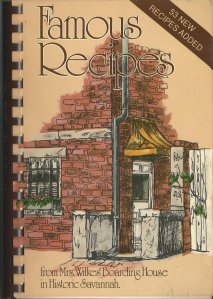 The title of Mrs. Wilkes’ cookbook says it all. The Wilkes Boarding House and Dining Room has been a Savannah, Georgia, attraction since 1943, yet it’s up to date too: www.mrswilkes.com. 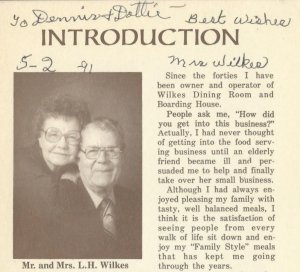 The recipes are straightforward and southern, sized for families, not boarding houses.

We have this one every January 1 by tradition, thus ensuring good luck for the rest of the year. Wife Dottie is of southern descent and well versed in the efficacy of black-eyed peas. I add Tabasco Sauce.

Another of Mrs. Wilkes’ recipes is similar to one cited in an old-time ad on Sirius XM’s Radio Classics channel. I’ve made Barbecued Corn with beef, with shrimp or vegetarian. By the way, Mrs. Wilkes mentions celery in the technique, but forgets it in the recipe listing. No big deal; your call.

I suspect “Joe Dogs” Iannuzzi is the only one of these three authors in a federal Witness Protection Program. He also wrote Joe Dogs: The Life & Crimes of a Mobster. 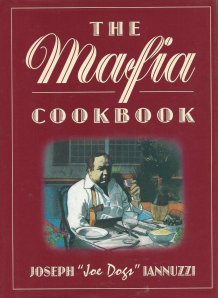 This cookbook is a hoot, with perfectly workable recipes wrapped around Mafia memories of Tony Agro (aka T.A.) for whom Iannuzzi cooked, Dominick (Little Dom) Cataldo and, later in the book, various F.B.I agents.

This recipe is classic and simple. The story accompanying it is not. Notes Iannuzzi in celebrating a horserace fix: “We’d cleared 83 large…. I didn’t know what I liked better, being a crook or being a cook.” 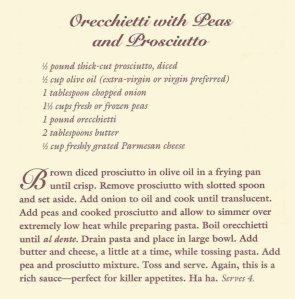 This one is pan-Italian; orecchietti (“little ears”) are typical pasta of southern Italy; prosciutto is dry-cured ham from northern regions. 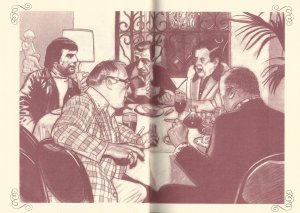 Joe Dogs and friends (at the time). Image from The Mafia Cookbook.

After getting beat up by Mafia colleagues, Iannuzzi got his revenge by changing sides. Between 1982 and 1991 he testified in a dozen trials putting away other Mafiosi.

“And now I’m stuck in the Witness Protection Program, being taken to dinner out in the middle of wahoo land by U.S. Marshals in joints that advertise ‘Italian Night’ and then serve ____ing macaroni and ketchup instead of pasta. I guess it serves me right. Capisci? ” ds

This entry was posted on August 23, 2014 by simanaitissays in And Furthermore... and tagged cookbooks, Famous Recipes from Mrs. Wilkes Boarding House in Historic Savannah, Mafia Cookbook by Joseph "Joe Dogs" Iannuzzi, The Black Gourmet by Joseph Stafford.