MAYBE IT’S a sign of my age, but I seem to resonate with a goodly number of fabulous cars being offered at Gooding & Company’s Pebble Beach Auctions. With some of them, I’ve driven a similar example; with others, I’ve known a previous owner. And with many, there are great stories to share; thus the enjoyment of the Gooding & Company catalogs.

The special booklet, Tre Posti, gives details of the 1966 three-seat 365 P Ferrari Speciale, its speciality heightened by a centrally located driver’s seat, 26 years before the McLaren F1 offered such an arrangement. 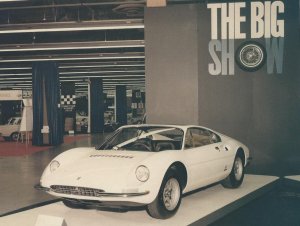 1966 Ferrari 365 P Berlinetta Speciale, the Tre Posti. This and other images from Gooding & Company Pebble Beach 2014.

This Ferrari’s history is closely entwined with one of the more colorful automobile enthusiasts, Luigi Chinetti. It was Chinetti who gave the marque its first Le Mans victory (in 1949, driving almost solo!), enhanced Ferrari’s fame in the U.S. and established the marque’s highly successful NART (North American Racing Team).

Tre Posti offers recollections of Chinetti’s son, Luigi Jr., who shares interesting tales of the car’s ownership. He tells of one fellow, Jan de Vroom (a great name for a car enthusiast), who was a protégé of Margaret, the Marquesa de Cuevas, a granddaughter of John D. Rockefeller. 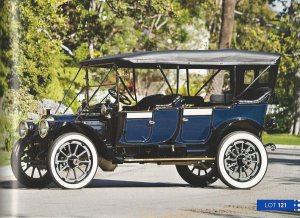 It was Carroll Shelby who taught me that “dum-son-a-bitch” was one word. A 1962 Shelby 260 Cobra is one of three Cobras being offered. This particular 260 likely shattered more than a few egos at the Carroll Shelby School of High Performance Driving during the 1960s.

There’s also a Gooding offering I’ve written about, but not driven: a 2014 BMW i8—in fact, the unique i8 Concours d’Elegance Edition. The Pebble Beach Company acquired this specially equipped high-performance all-wheel-drive plug-in hybrid from BMW in advance of its appearance in dealerships.

The BMW i8, first of its type offered in the U.S.

Last, there’s a beauty after which I simply lust: a 1932 MG F-Type Magna Tourer.

Not to sound immoderately immodest (or old), but these days the wonderful Gooding & Company catalogs are striking more and more responsive chords. ds